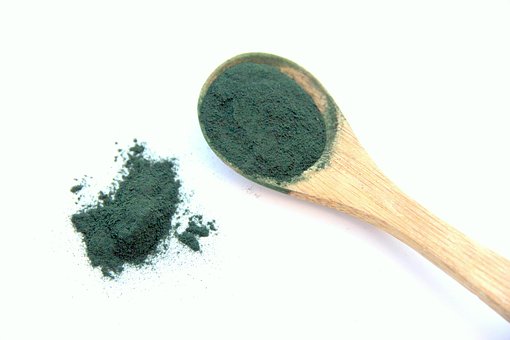 Spirulina is a type of blue-green algae that is rich in nutrients and often considered a superfood. With its high nutritional value, spirulina has been consumed as food for centuries in Central Africa. It is now widely used as nutraceutical food supplement worldwide.

Spirulina is rich in protein vitamins, minerals, carotenoids, and antioxidants. It contains vitamin B1, vitamin B2, vitamin B3, copper, iron, magnesium, potassium, and manganese.  It may be one of the most nutritious foods on the planet.  It is also high in omega 3 fatty acids.  Spirulina gives your body all the amino acids it needs.

If you are interested in including spirulina in your diet, this article provides information on its health benefits and potential side effects. You should talk to your doctor to see if spirulina is a good option for you before you start taking it as part of your health routine.

Spirulina is an algae that has a lot of protein, vitamins, minerals, carotenoids, and antioxidants.

Spirulina is rich in antioxidants because of its flavonoids and polyphenols, such as phycocyanin.

According to the U.S. Department of Agriculture, 1 teaspoon of spirulina contains:

Spirulina can be consumed in capsule, tablet, or powder form and is often used in smoothies or as an additive in snacks like popcorn and energy bars. “Research shows there are many health benefits that go with it,” says Dr. Lisa R. Young, an adjunct professor of nutrition at New York University in New York City. Dr. Young has a PhD in Nutrition.

The taste of spirulina is mostly neutral, with a slightly bitter taste according to Keri Gans, a registered dietitian nutritionist based in New York City.

Dr. Axe believes that we should all add spirulina powder to our favorite smoothies, sprinkling it into salads and soups or mixing a spoonful into morning oatmeal.

You can even bake with it.

Spirulina is a type of algae that has been linked to a variety of health benefits, including improved heart health, lower blood pressure, and weight loss.

The following is a list of some of the potential health benefits associated with spirulina.

In the study, researchers had participants consume 1 to 19 grams of spirulina a day for two to 48 weeks. They concluded that spirulina has a “favorable effect” on these cardiac measures.

Another study found that blue-green algae like spirulina can be effective in improving blood lipid profiles, preventing inflammation and oxidative stress, and protecting against cardiovascular disease.

Some experts think that spirulina might help improve heart health because it contains antioxidants and anti-inflammatory substances.

Although there is not a lot of research on it, what there is looks promising for spirulina’s impact on gut health. A study done in 2017 on older mice showed that it helped preserve gut function during aging. It is possible that it also helps preserve a “healthy gastrointestinal microbial community”.

The good bacteria in your gut feed on spirulina’s prebiotic properties.

The study found that adults who ate spirulina for three months had lower levels of triglycerides, LDL cholesterol, and total cholesterol. By taking 1 gram of spirulina a day for 12 weeks, participants were able to lower their triglycerides by 16% and LDL by 10%.

More research has found that taking spirulina supplements can lower levels of total cholesterol, LDL cholesterol, and triglycerides in the blood, while increasing HDL (good) cholesterol.

One review found that spirulina was able to improve markers associated with metabolic syndrome and related disorders.

A study conducted in 2014 with people who had high cholesterol levels found that consuming 1 gram of spirulina per day reduced triglyceride levels by 16.3% and low-density lipoprotein cholesterol by 10.1%.

Spirulina has been shown to lower triglycerides and improve cholesterol levels in multiple studies, which could lead to better heart health.

Globally 650 million adults are considered obese.  The rate of obesity has tripled since 1975. Obesity increases your risk for many diseases and adverse health conditions.  Insulin resistance seems to be linked to obesity.

The phycocyanin in spirulina seems to play a key role in preventing insulin resistance.

In a study of 50 obese subjects, those given 2 g of spirulina a day for 3 months had significant improvement in their body mass index (BMI).

High blood pressure, or hypertension, is a condition that affects almost half of all adults in the United States. If left untreated, it can increase the risk of developing heart disease or having a stroke.

Spirulina can help to lower blood pressure levels and recent research has suggested that it could be a promising non-pharmacological approach to treating hypertension.

When it comes to the benefits that exercise and fitness can have, spirulina can help to improve muscle strength, as well as how long someone can keep going for and how well they perform. The study found that men who took spirulina supplements were able to exercise for longer periods of time without feeling fatigued.

Muscle fatigue is caused by exercise-induced oxidative damage. Some plant foods have antioxidants in them that can help reduce damage for athletes and people who are physically active.

Some studies have shown that spirulina may improve muscle strength and endurance. In a study, spirulina supplementation was found to improve oxygen uptake during arm cycling exercise. Researchers noted that spirulina could act as an ergogenic aid to enhance athletic performance.

Spirulina can improve your endurance and muscle strength when you exercise.

Anemia is a condition in which there is a lack of healthy red blood cells. This can cause extreme fatigue. Spirulina can help improve symptoms of anemia in some people.

A study on seniors with anemia showed that spirulina supplements could increase the hemoglobin content in their red blood cells, which would be especially beneficial for older women.

Anemia is a condition where there is less hemoglobin or red blood cells in your blood. There are many possible causes of anemia, which include nutrient deficiencies, genetic disorders, and chronic inflammation, among others.

Anemia is a fairly common blood disorder in older adults, which can cause symptoms such as weakness and fatigue. A 2011 study involving 40 older people with a history of anemia found that spirulina supplements increased the hemoglobin content of red blood cells and improved immune function.

Some health experts have also looked at spirulina to see if it might help to prevent cancer. The active compound in spirulina, phycocyanin, is a strong antioxidant and anti-inflammatory, making it a healthy food to prevent cancer and other diseases.

There have been animal studies that show spirulina increases antibodies and improves immunity which can help ward off infections and illnesses like cancer.

READ MORE:  The Price of Diabetes

Spirulina supplementation has also been linked to reducing the severity of allergic reactions by helping to stop the release of histamines.

A study found that people with allergic rhinitis who consumed 2 grams of spirulina a day experienced significant improvement in symptoms like nasal discharge, sneezing, nasal congestion and itching.

The amino acid tryptophan, found in spirulina, increases the amount of serotonin in the brain. This may be a helpful supplement in preventing and controlling some mental health disorders, such as depression, bipolar disorder, eating and anxiety disorders, and schizophrenia.

Oxidation can damage your cells and cause chronic inflammation, which can lead to cancer and other diseases. Spirulina is a great way to get antioxidants, which can help protect against oxidative damage.

Phycocyanin is the main active compound in spirulina. It has powerful antioxidant and anti-inflammatory properties.

14. Rich in Many Nutrients

Spirulina is a type of bacteria that grows in both fresh and salt water. Nostoc is a type of cyanobacteria, which are often called blue-green algae.

Cyanobacteria can produce energy from sunlight via a process called photosynthesis, just like plants. Spirulina was a popular food of the ancient Aztecs and has regained popularity in recent years due to a proposal by NASA that the algae could be grown in space for use by astronauts.

A typical daily dose of spirulina is 1 to 3 grams, but it can be up to 10 grams per day if necessary. This tiny alga is packed with nutrients. A single tablespoon (tbsp.), or 7 g, of dried spirulina powder contains:

The food also has a fair amount of magnesium, potassium, and manganese. This food only contains 20 calories and less than 2 grams of carbohydrates per serving.

Spirulina contains a small amount of fat, approximately 1 g per tbsp. A healthy diet includes both omega-6 and omega-3 fatty acids in a ratio of approximately 1.5 to 1.

Spirulina’s protein is high quality and contains all the essential amino acids your body needs.

Spirulina is a type of blue-green algae that can grow in both salt and fresh water. This food is rich in nutrients and an excellent source of protein, copper, and B vitamins.

Purium has 2 Spirulina specific products a powder and a tablet.  Many of the Purium line of products contain spirulina as an ingredient.

Spirulina is nature’s ultimate wholefood multi-vitamin. It is nutrient dense, packed with protein and loaded with marine omega fatty acids. This energizing superfood is easy to digest and assimilate.

Containing over 100 synergistic nutrients, spirulina is nature’s richest and most complete source of total organic nutrition. Spirulina is so nutrient dense that it has been given the nickname “Mother Nature’s multivitamin.”