Get Leguminated: Soybeans And Soy Foods 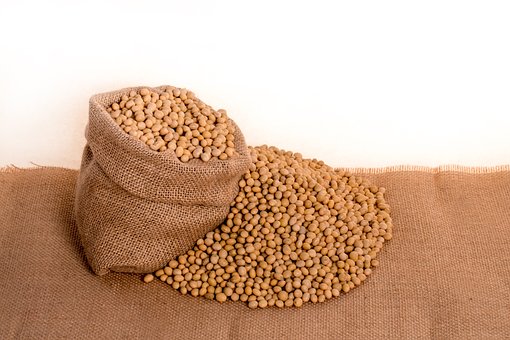 Soy is a popular legume of Asian origin. Some vegetarians may use soy to replace meat in their diets. However, some people are hesitant to consume soy because of the controversy surrounding the benefits and risks of consuming it. This is because some producers now genetically modify the plant.

Soybeans are nutritious and rich in protein, making them ideal for many food uses. People can eat them, drink them, or take them in supplement form.

The oil in soybeans can be used to make fuel, candles, crayons, and engine lubricants. The article discusses soy, its potential health benefits and risks, and the best forms of soy to consume.

Soybeans can be consumed in many ways.

There are two types of soybean-based foods: fermented and unfermented. Unfermented foods made from soy include tofu, soymilk, edamame, and soy nuts, while fermented soy products include miso, tempeh, natto, and soy sauce.

Some soy products contain calcium and iron, such as tofu or tempeh (made with a calcium coagulant) and calcium-fortified soy drinks.

There is another type of soy-based food that we call ‘second generation’ soy food in Australia. These are all foods that can be made with tofu, soy bread, soy pasta, and soymilk.

This also includes products that have soy or soy-based ingredients, such as lecithin (additive 322), which can often be found in chocolate or baked goods.

The hormones found in soybeans, called phytoestrogens, are naturally occurring chemicals that are found in plants. Given the right conditions, these compounds copy the action of the female hormone estrogen but are much less potent – occurring at a frequency of 1/1000. Isoflavones are one example of phytoestrogens. Isoflavones have potent antioxidant effects and can also replicate the activity of estrogen. However, scientists are still working to understand all of the ways these molecules influence human physiology. Isoflavones are commonly found in soybeans. The amount of isoflavones in soy food varies depending on the type of soy food, how it is prepared, and the brand. Soy flour and soy nuts are two of the richest sources of isoflavones.

Soybeans are a protein-rich plant food that can be used in a variety of recipes. They belong to the pea family. Soybeans come in many colors, including:

Green soybeans – Young green soybeans are also called edamame. You can steam them and eat them whole as an appetizer. Edamame that has been removed from its shell is also a common ingredient in salads, stir-fries, and soup.

Soy milk and cheese can be used as substitutes for dairy products. Soybeans also produce soy oil, which can be used for cooking or as an ingredient. Soybeans that have had the oil removed can be used as food for farm animals and pets.

Some manufacturers create protein powder and isoflavone supplements from soybeans. Isoflavones are a type of phytoestrogen, which are plant compounds that have a similar structure to estrogen.

Less processed organic soy is the most healthful option. Some examples include:

Soy is a complete protein. This means that the product contains all nine essential amino acids. It is an important source of protein for many people, especially those who don’t eat meat.

According to the United States Department of Agriculture (USDA), 100 grams (g) of cooked green soybeans without salt contains:

The nutritional content of soy products can vary depending on the manufacturing process and added ingredients.

Some research suggests that including soy in the diet has several potential health benefits. We cover these in more detail below.

Soybeans may help improve cholesterol levels, which can reduce the risk of developing heart disease.

Some studies found that soy had little to no effect on people’s cholesterol levels. While other studies show consuming soy can help reduce levels of total cholesterol, triglycerides, and low density lipoprotein (LDL) cholesterol in the arteries.

LDL cholesterol is commonly referred to as “bad cholesterol” because it has the potential to contribute to the development of clogged arteries.

The people with higher cholesterol saw greater decreases in their LDL cholesterol than those with normal levels. Also, soy foods that are less processed – including soy milk, soybeans, and soy nuts – were more effective than soy protein extracts or supplements.

The study suggests that taking soy isoflavones could help with weight management.

A review of studies in 2019 found that isoflavones in soy can help lower the risk of certain types of cancer, including prostate cancer and some breast cancers.

Studies included in the review found that Asian women who consumed soy isoflavones had a reduced risk of cancer both before and after menopause. Soy isoflavones may help reduce the growth and spread of cancers associated with hormones.

Although the American Cancer Society is not certain if processed soy products have the same cancer-preventing benefits as whole soy foods, they still suggest that consuming soy is beneficial.

Proteins that have been isolated from soybeans by manufacturers. The fat is removed from soybean products to create textured vegetable protein.

3. Reducing the Risk of Type 2 Diabetes

Soy isoflavones may reduce the risk of diabetes, though the mechanism through which they may achieve this is still unknown, according to a 2019 review of studies.

In type 2 diabetes, the body’s cells absorb less sugar from the bloodstream, which causes it to circulate and cause harm. Insulin is a hormone that regulates blood sugar levels by allowing glucose to enter cells, where it is converted into energy.

Further research is needed to confirm soybeans’ effectiveness in managing menopausal hot flashes, but there is evidence that it may help relieve symptoms to some degree. You should not take soy supplements that have been highly processed if you are at a high risk for breast cancer or if you are a breast cancer survivor. Eating soy foods in moderation is a healthy behavior.

Amount of Soy for Health Benefits

You only need around 30 to 50mg of isoflavones to get health benefits. Examples of the average isoflavone content of some foods include:

Traditional soy foods, such as tofu, tempeh, and soymilk, are generally healthier than ‘second generation’ soy foods, such as soy burgers and soy cheese. Make sure to check the food labels on soy products, as many of them are high in salt and not good for our health.

If you want to increase your intake of soy:

Foods other than soy that contain phytoestrogens include:

Isoflavones from soy may be just as effective as hormone replacement therapy for osteoporosis in women. Osteogenesis imperfecta is a disorder that results in fragile bones that break easily.

One of the possible causes of osteoporosis in women is estrogen deficiency. HRT aims to replace this estrogen in the body. The drug can have severe side effects, including increasing the risk of stroke, breast cancer, and coronary heart disease.

A number of studies mentioned in this review imply that soy isoflavones are just as good as hormone replacement therapy when it comes to increasing bone density.

Some people are worried that eating soy might affect how well their thyroid works.

One 2016 study found that women who ate more soy as part of a vegetarian diet had a higher chance of having elevated levels of thyroid stimulating hormone (TSH).

A high TSH level may signify an underactive thyroid. Researchers did not find the same results in men. The authors suggest that soy is most likely safe for consumption. People who consume large amounts of soy may be at risk for health problems if they have undiagnosed hypothyroidism.

This means that GMOs have had their DNA changed in a way that does not happen through traditional breeding methods.

People are concerned about the health impacts and environmental safety of genetically modified crops. Most of the soybean farmland in the U.S. is used to grow genetically engineered soybeans, according to the USDA.

According to one review, if people eat GMOs, they might get sick with diseases that cannot be cured with antibiotics. The authors of the text also express concerns about the long-term safety of GMOs, as they are a relatively new development.

The amount of potentially beneficial isoflavones in genetically modified soybeans may be lower. There are additional risks associated with GMOs, such as the transfer of allergens and the formation of new allergens.

The WHO has stated that GMO crops are not likely to present risks for human health.

Although more research is needed on the health impacts of genetically modified crops, some studies have shown that they may be harmful to human health. The best way to avoid GMOs is to buy soy products that are either 100% organic or that are labeled as non-GMO.

The benefits of soy generally outweigh the harm it causes. Although some men and people with thyroid conditions may be at risk of high soy consumption, research suggests otherwise.

Research has also found that soy infant formula is safe for healthy, full-term babies. However, soy formula may be harmful to premature babies and is best avoided. Consult your maternal and child health nurse or doctor.

Some people may experience an allergic reaction to soy protein, which causes the immune system to respond abnormally. Soy allergies are common in babies and children. Symptoms include:

Soybeans are widely used in many food products. Lecithin, a food additive made from soybeans, is often used in processed foods such as chocolate, baked goods, margarine, sauces, cheese and dairy products. Not all soy products will cause a reaction. Many people who are allergic to soy can still eat soy lecithin, soybean oil, and some fermented soy foods. These foods are less allergenic than raw soybeans.

If you are allergic to soy, you should ask your doctor what to do. Always read food labels and avoid: