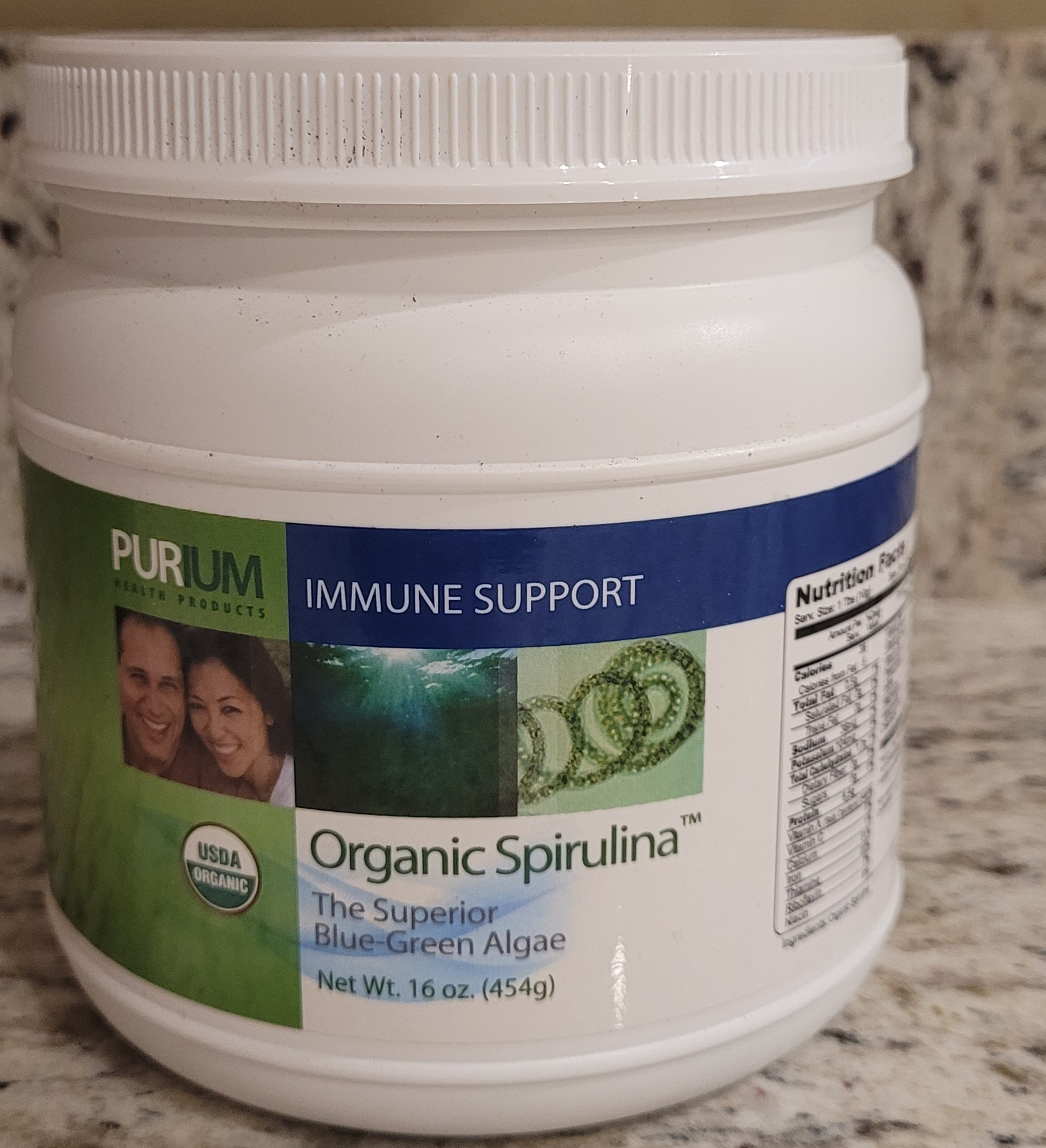 Dial up your cellular energy!

Spirulina has been widely regarded as nature`s most complete nutrient source. Purium`s Organic Spirulina is a rich, whole-food source of vegetarian protein, chlorophyll, essential amino acids, antioxidants, and vitamins. It contains an abundant amount of phycocyanin, a unique, blue-green pigment that may support healthy immune function. We recommend combining Spirulina with our Rice Bran Solubles to create a smooth-tasting natural multivitamin.  Check here for other products to combine.

Instructions: Take 6 – 20 capsules daily.
Instructions: Mix one rounded tbsp (10 g) per day with water or your favorite juice or smoothie.

Use our Purium Code: BIONICCARRIE  for the best discount available.

Believed to have been a staple in the ancient Aztec diet, today Organic Spirulina is considered one of the most nutrient-dense foods on the planet. The highest quality blue-green algae available, PHP`s Organic Spirulina is grown in a scientifically controlled environment, which allows us to guarantee there is no superior spirulina on the planet! Well known as an excellent source of easily digestible protein, our Organic Spirulina contains 100-plus health-promoting nutrients, including vitamin E, vegetarian B12, iron, calcium, protein, vitamins, minerals, all 9 essential amino acids, and chlorophyll. An excellent source of the rare but important fatty acid GLA, Organic Spirulina is also superabundant in antioxidants. No wonder it`s a favorite food of athletes, who use it for bodybuilding, energy and endurance. It is available in powder and tablets. Scientific studies at UC Davis show that Organic Spirulina may be the most potent immune boosting food ever studied. After only 2 weeks, gamma interferon and interleukin levels increased by up to 10 times. These are essential for the body to battle a wide variety of cellular imbalances. Our organic Spirulina is grown in closely monitored conditions in China in salt water.