Biome Medic is an exclusive and proprietary formula of all-natural ingredients that may help protect your gut.

(Note: some people mistakenly refer to the product as biomedic, but it is Biome Medic.)

Designed for creating superior gut health, Biome Medic’s all-natural ingredients fulfill nutrient absorption and toxin elimination. It can help improve digestion, flush out harmful toxins, support “good” bacteria, and protect and repair your microbiome from GMO damage. A pre-clinical trial of this product indicated a 74% reduction in glyphosate, a widely used herbicide that poses a major health risk to consumers, in only 6 weeks. A 75% reduction in C-reactive protein, the biomarker for inflammation, was shown as well.

Biome Medic can also boost your mood by enhancing the production of a critical hormone generated in our gut: serotonin, the hormone that creates feelings of happiness. Gut reparation leads to not only higher serotonin levels but greater stem cell production that translates to feeling younger and healthier.

Give your body the superior gut health is deserves, with this core Purium product. An exclusive and proprietary formula filled with all-natural ingredients was awarded a Gold Seal by the Detox Project as a glyphosate detox solution. Biome Medic can help flush harmful toxins, support “good” bacteria and protect your microbiome from GMO damage. Check out the research and video below!

Genetically modified food (GMO) is getting nearly impossible to avoid.
Meal after meal… day after day… year after year we eat compromised food. 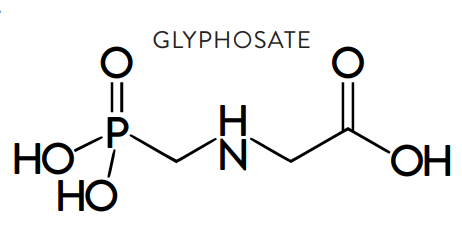 Experts point to an herbicide, a toxic chemical, called glyphosate as the primary problem associated with GMO food. Glyphosate residue can’t be washed off or baked out of the foods you buy.

Glyphosate is a broad-spectrum herbicide that is used to kill weeds. It was first introduced by Monsanto in the 1970s under the trade name Roundup. Glyphosate works by inhibiting an enzyme that is necessary for the synthesis of certain amino acids in plants. This leads to the death of the treated plants. Glyphosate is often used on genetically modified crops that have been engineered to be resistant to the herbicide. This allows farmers to spray the herbicide on their fields without damaging their crops.

Glyphosate has been controversial in recent years due to concerns about its safety and environmental impact. Some studies have suggested that exposure to glyphosate may be linked to an increased risk of cancer and other health problems in humans. However, other research has found no such link. The World Health Organization’s International Agency for Research on Cancer has classified glyphosate as “probably carcinogenic to humans,” while the U.S. Environmental Protection Agency and other regulatory agencies have concluded that the herbicide is safe when used as directed. And on July 7, 2017, the State of California went one step further and declared that glyphosate “causes cancer and birth defects.” The issue of glyphosate’s safety continues to be debated.

SYMPTOMS OF A COMPROMISED MICROBIOME

THE IMPORTANCE OF A HEALTHY MICROBIOME

The microbiome may be the most important part of our body that you’ve never heard about. It’s commonly known as “the gut,” but scientists also refer to it as our “second brain”. A healthy microbiome is important for several reasons.

First, the microbiome plays a key role in digestion and nutrient absorption. The bacteria in the gut help to break down food and extract nutrients that the body needs to function properly.

Second, the microbiome is important for maintaining a healthy immune system. The microorganisms in the microbiome help to protect the body from harmful bacteria and other pathogens.

Third, the microbiome is thought to be involved in the regulation of mood and behavior. Some research suggests that changes in the microbiome can affect brain function and contribute to conditions such as anxiety and depression.

Overall, maintaining a healthy microbiome is important for good overall health and well-being. This can be achieved through a healthy diet, regular exercise, and good hygiene practices.

Biome Medic is an exclusive and proprietary formula of all-natural ingredients that help protect your gut from GMOs and glyphosate. It could be said that Biome-Medic goes beyond non-GMO and is truly the world’s first “Anti-GMO” product!

1. It REMOVES the toxic chemical glyphosate from your microbiome
2. It SUPPORTS the “good” bacteria to boost your immunity
3. It REBUILDS the gut villi for better nutrient absorption, digestion and weight loss

The problem is a compromised microbiome. We’ve identified the CAUSE. A toxic herbicide that is in 75% of the food we eat. And, most importantly, we’ve found the SOLUTION! Biome Medic.

GMOs and glyphosate are getting nearly impossible to avoid.

This is your chance to protect yourself and your family from a danger that is impossible to see.

Biome Medic is effective, natural, safe and simple for the whole family to take every day.

>>The current prices for the Entire Purium Line as of January 6th, 2023 are Here<<

Purium, announced results from a recent study on the company’s gut health product, Biome Medic. Studied under a randomized, product-controlled IRB-approved protocol, the six-week pre-clinical trial reported a 74% reduction of the herbicide glyphosate, a 75% reduction in the inflammatory biomarker C-reactive protein (CRP) and a 35% increase in gut immune response as measured by reduced food sensitivities.

While under observation, both the experimental and control groups were requested not to change their
eating habits as the control group received an active control placebo and the experimental group received
Biome Medic. Subjects entered the study with a wide array of typical eating habits. After the six weeks, there
was a substantial decrease of both glyphosate and the inflammatory marker CRP, both being reduced from
“high / unhealthy” to “normal / healthy” levels. Specifically, the researchers noted the decrease in glyphosate
and CRP levels experienced by the Biome Medic experimental group indicate a lowering of systemic
inflammation which is well recognized to have positive health benefits. Elevated CRP is a strong predictor of
heart disease as well as other inflammatory conditions.

Sandoval said, “Biome Medic may be an important tool in the fight against genetically-modified foods and
harmful herbicides like glyphosate that have infiltrated our food supply. It is getting harder and harder to
avoid these chemicals, so Biome Medic was designed to support a healthy microbiome.”

Dr. Popkin noted, “These are promising results related to the inflammatory process caused by current dietary
habits, which is driving the epidemics in chronic disease as noted by the dramatic increase in rates for obesity,
diabetes, cardiovascular disease, gut health / digestive disorders, autoimmune diseases, mental health issues,
cognitive decline, and much more.

Dr. Blum summarized by saying “This pilot study represents the first stage of demonstrating the effectiveness
of Purium’s Biome Medic and is excited about the possibility of further investigation on this product.”
The two researchers noted that the study was limited due to the small sample size, only observing middle-aged men, and the six-week duration. There are future-plans to research larger numbers of men and women that are varied in age, gut and inflammatory health and toxicology levels (e.g., phthalates – from plastics).

Studies of autistic individuals, those with specific chronic diseases, and those in failing health are also being
explored.

Oh, and don’t call it biomedic! The correct name is Biome Medic