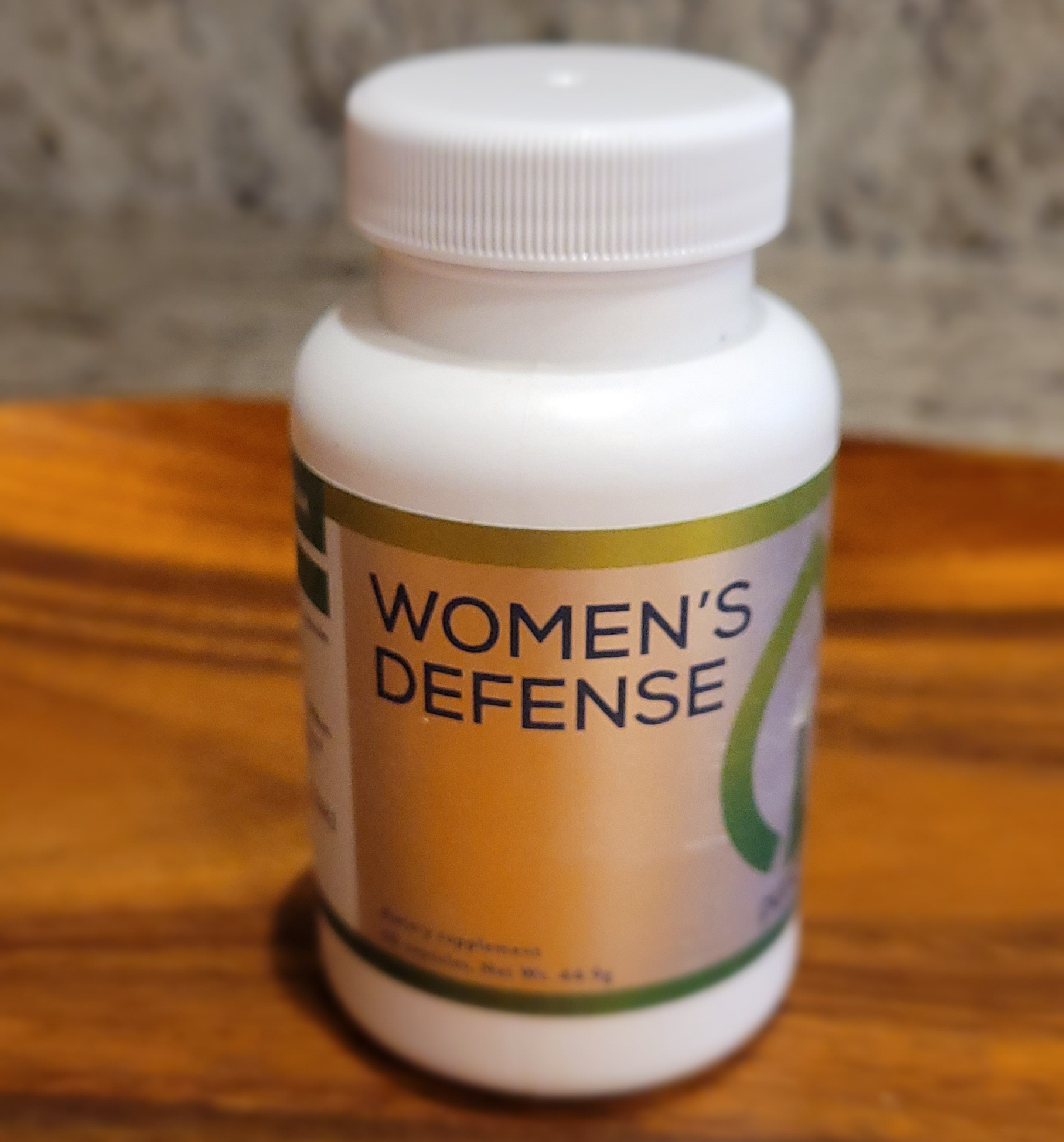 Women’s Defense is uniquely formulated to naturally assist the built-in defenses of a woman’s body to keep it strong. The ingredients from around the world, including a special blend of mushrooms, cat’s claw, fermented soy and red clover, work together to support overall well-being and balance.

Women`s DefenseTM is a synergistic blend of herbs and whole foods that have been chosen for their specific value to women`s health. We recommend taking Women`s DefenseM together with our Cracked-Cell Chlorella. Both of which are from Purium Health Products.

Use our Purium Code: HealthStatus  for the best discount available.

ORGANIC SPROUTED SOY (225mg per serving):It has long been suggested that eating sprouted and/or fermented soy has afforded the Asians very low rates of chronic diseases, unlike what is currently seen as epidemic diseases in the developed Western World including Australia. Many studies have shown sprouted soy–which is a popular form in many Asian cultures- specifically helps lower the rates of heat disease, certain cancers, osteoporosis, and menopausal symptoms. The Japanese not only have the world`s longevity record but also according to the recent World Health Organization report; they have the best quality of life at 70 years of age. As for cancer it is well recognized that there is a lower incidence of breast cancer in populations consuming soy as a regular part of the diet. The risk of developing breast cancer is 4-5 times lower in Japan compared to the Western world. They have also been shown to lower cholesterol, lower triglycerides, make arteries more elastic, and help improve intestinal health.

CAT`S CLAW EXTRACT (125mg per serving): Cat`s claw is widely used by indigenous healers in South America, for example the Ashaninka Indians of Peru regard it as a powerful “health-restorative” medicine and use it to treat inflammatory, infectious and cancerous diseases. Cat`s claw has recently been adopted into the western pharmacopeia and is marketed primarily as a preventive medicine and as an alternative treatment for cancer, HIV and other infections, and inflammatory diseases such as arthritis, asthma, and ulcers. Published human evidence supporting the use of cat`s claw in arthritis and HIV is based on unblinded trials, case reports and traditional knowledge. Extensive animal and in vitro evidence indicates that cat`s claw exerts significant anti-inflammatory, antimutagenic, antineoplastic and antioxidant effects, but the mechanisms are still not clearly understood.

RED CLOVER EXTRACT 40% ISOFLAVONE (85mg per serving): Menopause increases a woman`s risk for developing cardiovascular disease. Supplementation with red clover isoflavones has been associated with a sizeable increase in high-density lipoprotein (HDL) cholesterol, or “good” cholesterol in pre- and postmenopausal women, leading some researchers to believe that these isoflavones may help protect against cardiovascular disease. Interestingly, one recent study found that menopausal women taking red clover supplements experienced a significant improvement in arterial compliance (a measure of the strength and resilience of the arterial walls). Arterial compliance diminishes during menopause and may increase a woman`s risk for heart disease.

FERMENTED SOY (50mg per serving): Many studies have shown traditionally fermented soy–which is the form that is most popular in many Asian cultures–aids in preventing and reducing a variety of diseases including certain forms of heart disease and cancers. One such study of the culturing method involved in the production of the Japanese traditional food miso concluded the culturing process itself led to a lower number and growth rate of cancers. Researchers also found it was not the presence of any specific nutrient that was cultured along with the soyabean paste but the cultured soy medium itself that was responsible for the health benefits associated with eating miso. Miso, a fermented or probiotic form of soyabean, is particularly rich in the isoflavone aglycones, genistein and daidzein, which are believed to be cancer chemopreventatives.