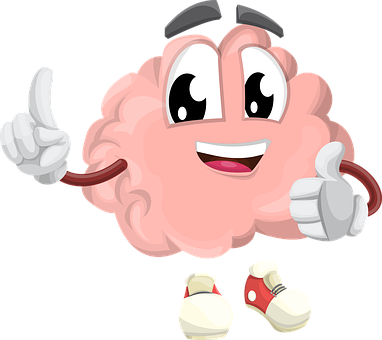 As we age, it’s natural for our memories to become a bit foggy. Most people find that their memories aren’t as sharp as they used to be, even if they’re not particularly old. There are some very good explanations why your memory may not be as sharp as you’d like it to be.

Many factors can impact one’s memory according to the National Health Service, such as stress, fatigue, and certain diseases or medications. Indeed, most people can be forgetful occasionally. How often have you had trouble remember someone’s name soon after you meet them? Or walked into a room and forgotten why?

If you have trouble remembering important information or upcoming events, you might want to start writing them down to avoid forgetting them.

It is becoming increasingly difficult to remember everything due to our busy lifestyles. Some researchers believe that people with good working memories have better jobs, better relationships, and are more optimistic and confident than others with poor working memories.

There is no definitive cure for dementia, but treatments exist that may temporarily slow down the progression of symptoms in some people. There is no known cure for Alzheimer’s or any other form of dementia.

While there is no sure way to prevent dementia, there are many experts who believe that there are ways to reduce your risk of developing it, or at least delay the onset.

Eat for a Better Memory

The majority of people are aware that eating a healthy diet can maintain their body’s health. Why shouldn’t we improve the minds and memories of future generations as well? Here are some of the foods that may keep your brain, as well as the rest of you, in good working order:

It’s possible that oily fish is effective for a healthy brain because it contains omega-3 fatty acids. The official guidelines recommend that people should eat at least two portions of fish per week, with at least one of those portions being an oily fish.

Drinking tea may help prevent Alzheimer’s because it reduces the production of a brain chemical that is thought to be involved in the development of the disease.

A 2016 study published in the Journal of Nutrition, Health & Aging found that drinking tea frequently is associated with a lower risk of dementia.  It was even beneficial for those genetically predisposed.  957 older adults took part in this research.  69% drank tea on a frequent basis.  Over a five year period the tea drinkers had a 50% lower risk of dementia.

People who carry the APOE4 gene variant which is a known risk factor for Alzhimer’s were at a lower risk for developing the disease if they were frequent tea drinkers.

A spice called turmeric that is widely used in Indian food has been linked to slowing down the onset of dementia, thanks to an active substance it contains called curcumin.

Curcumin and ar-turmerone are the major bioactive compounds of the herb Curcuma longa. Ar-turmerone thus constitutes a promising candidate to support regeneration in neurologic disease.

Nuts contain both protein and brain-boosting omega fatty acids. The nuts with the highest levels of omega fatty acids are walnuts, pecans, and pistachios. Flaxseeds and chia seeds are also high in omega-3s.

Nuts and seeds are also a good source of vitamin E. Some experts believe that vitamin E could help to keep your brain healthy as you get older. There are other foods that contain vitamin E in addition to dark green leafy vegetables, avocados, and sunflower seeds.

Whole grains are an important part of the Mediterranean diet, which has been linked with a reduced risk of mild cognitive impairment.

But if you’re being honest, eating anything in the morning could improve your memory and attention throughout the day compared to skipping breakfast altogether.

Lutein is found in egg yolks and is thought to be linked to mental performance. Lutein is a nutrient that is found in the brain. It is believed that lutein helps improve cognitive function.

Fruit that is colorful, such as blueberries, blackberries, raspberries, cherries and blackcurrants, is a good healthy option largely due to the fact that it contains substances called antioxidants.

Antioxidants protects cells from the damage caused by free radicals made by the process of oxidation during normal metabolism. Free radicals may play a part in cancer, heart disease, stroke, and other diseases of aging. Antioxidants include beta-carotene, lycopene, vitamins A, C, and E, and other natural and manufactured substances.

Plus they may be good for your brain. Eating blueberries can help improve your memory, especially as you get older.

The nitrates in this vegetable are thought to help expand blood vessels. An increase in blood flow to your brain due to dilated blood vessels may help improve your memory.

Beetroot powder can also help improve your overall brain health.  The nitrates in beetroot promote dilation of the blood vessels.  This dilation increases the blood flow to the brain.  It has shown to help primarily in the frontal lobe of the brain.  This is the area of the brain that is in charge of higher levels of thinking such as decision making and working memory.

Beetroot powder is high in nutrients while being low in calories.  Beets contain a bit of almost every nutrient the body needs.  They contain protein, carbohydrates, fiber, folate, manganese, copper, potassium, magnesium, vitamin C, vitamin B6, and iron.

READ MORE:  11 Foods To Power Up Your Brain And Memory

Lifestyle For A Better Memory

One of the biggest problems that may cause this link is the consumption of sugar, particularly added sugar.

Eating healthy foods such as those found in the Mediterranean diet can help to lower cholesterol, high blood sugar, and other diet-related risks that can cause Alzheimer’s disease.

Choose foods that help to decrease chronic inflammation in order to reduce obesity and the likelihood of developing dementia. Antioxidants are found in abundance in berries, leafy greens like spinach and kale, as well as cruciferous vegetables like broccoli and brussels sprouts.

The DASH diet and the MIND diet may help prevent Alzheimer’s.

The Bredesen diet, which is a type of ketogenic diet with set fasting windows, has been effective in preventing and reversing cognitive decline.

During a 12-hour fast, you would not eat anything. This allows the brain to enter autophagy, a state where the body can clean itself naturally during sleep. To get the best results, you should start your fast at least 3 hours before you go to bed.

According to research, adults who restrict their diets have more newly-generated brain cells. This dietary manipulation can increase the brain’s ability to change and repair itself.

If seniors were to increase their physical activity by just a quarter, it could stop Alzheimer’s from afflicting a million people globally. Exercise has many benefits including preventing plaque buildup, obesity, and inflammation.

If you are over the age of 65, you can help protect your cognitive performance by doing 150 minutes of aerobic exercise each week. Walking for 30 minutes each day will help increase the flow of blood and oxygen to the brain.

If you make small, healthy choices today, they will add up to big changes tomorrow. We can improve our cognitive function for years to come by preventing Alzheimer’s disease through increased exercise.

Measures like yoga, meditation, or breathing exercises that promote mindfulness can help to alleviate stress. If you want to live a stress-free life, you should try to be more mindful and live in the moment.

Spend more time outside in green spaces. It’s proven to decrease stress, and it encourages exercise. Being indoors seems to increase the risk of dementia.

There are several things you can do to lower your stress levels and reduce your risk of developing Alzheimer’s disease, including prayer, laughter, and spending time with a loved one.

Sleep is our body’s way of resetting. When we get a good night’s sleep, our body and brain have the time they need to restore balance. This helps reduce the risk of dementia and Alzheimer’s.

One night of sleep deprivation can lead to an accumulation of beta-amyloid, which is associated with Alzheimer’s disease. Sleep is crucial for Alzheimer’s prevention.

Light therapy can help to reset the brain’s natural sleep cycle. The 24 hour lighting scheme can help you sleep better by allowing your brain to get the full benefits of sleep.

There are many risk factors for Alzheimer’s disease, but some of them can be reduced by taking vitamins, herbal medicines, and dietary supplements.

Researchers and the Alzheimer’s Association have even performed randomized controlled trials on the treatment of Alzheimer’s with some of these natural remedies:

Acupuncture, which is a treatment that originated in traditional Chinese medicine, has been shown to improve cognition in patients with dementia, according to published research. Acupuncture also improves pain and insomnia.

This ancient practice of inserting thin needles into specific parts of the body has been shown to provide both immediate and long-term pain relief, as well as improve cognitive ability. Acupuncture may also improve the mood of patients with Alzheimer’s disease.

If you have high blood pressure, heart disease, or high cholesterol in middle age, you’re much more likely to develop dementia later on.

Eating a healthy diet and maintaining a healthy weight are two things you can do to improve your heart health.

15. Have Fun with Memory Games

Many people use computer-based brain training games to keep their memory in good working order.

There are many ways to keep your mind sharp that don’t involve staring at a computer, tablet, or smartphone screen. Many of these don’t involve doing crosswords or Sudoku puzzles. The best way to use games to improve your memory is to enjoy yourself while playing.

Cards are the perfect brain game because they require strategic thinking and the ability to anticipate your opponent’s moves.

You can also use cards for a quick memory workout by yourself. Here’s a game you can play by yourself called concentration that may improve your ability to remember things: