Nootropics: Do They Improve Brain Function? 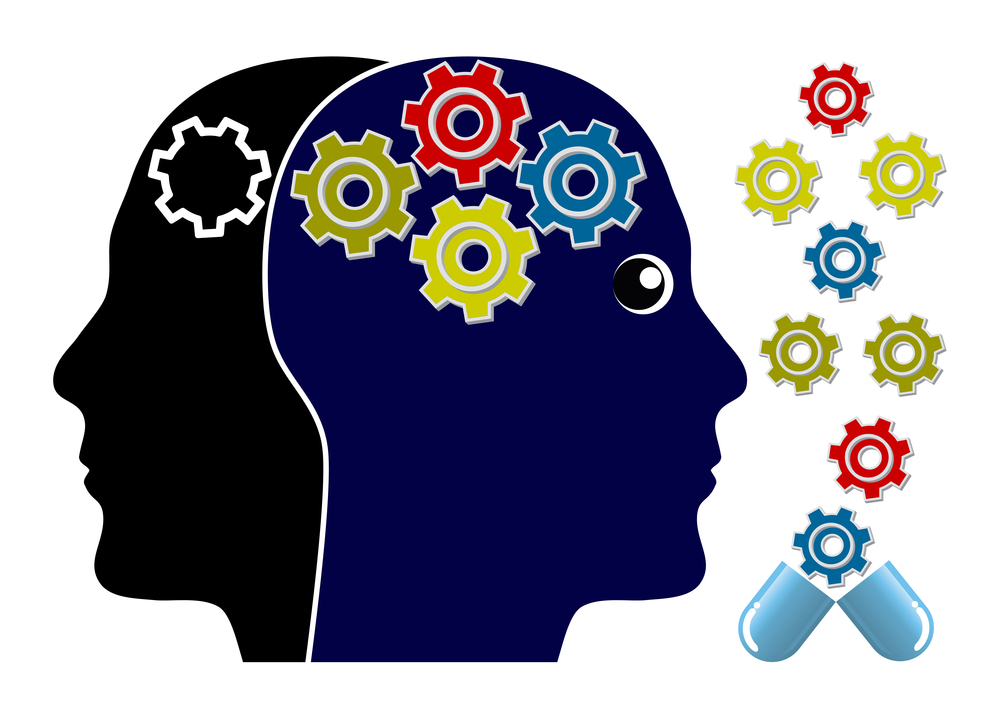 Nootropics are gaining in popularity.  They can be found naturally as well as synthetically.  They are also known as smart drugs, cognitive enhancers, or memory enhancers.  Nootropics are found either over the counter or as prescriptions.  They are thought to boost memory, focus, creativity, intelligence, motivation, energy levels, and wakefulness.

Nootropics are used by doctors to help counteract symptoms from ADHD, narcolepsy, or Alzheimer’s disease.

Studies have shown Nootropics do not actually make you more intelligent they just give your brain an added boost of alertness.  This is done in a few ways.  Nootropics increase the blood flow to your brain allowing your brain to take in more oxygen, they raise adrenaline giving you hours of more awake time as well as feeling more alert, and they increase neurotransmitters such as dopamine.  This increase in dopamine can lead to them causing a dependency.  Some Nootropics can cause side effects.

Prescription Nootropics are usually prescribed to help treat a medical condition.  They are a type of stimulant to help combat symptoms of ADHD, narcolepsy, dementia, and Alzheimer’s disease.

All of these are prescription forms of Nootropics.  They should not be taken unless prescribed by a doctor.  All of these can cause side effects such as high blood pressure, fast heart rate, insomnia or difficulty sleeping, trouble with vision, or addiction.

Caffeine Is A Nootropic

The most common Nootropic found naturally is caffeine.  Caffeine can be found in coffee, cocoa, tea, kola nuts, and guarana naturally.  Caffeine is also added to many sodas, and energy drinks.

Caffeine blocks adenosine receptors in the brain which in return makes you feel less tired.  It can help increase alertness as well as improves attention.  In small amounts caffeine is fine when taken daily.

If you are pregnant you should watch how much caffeine you are ingesting too, it has been shown that high levels of caffeine can lead to a higher risk of pregnancy loss.

Another natural form of a Nootropic that is very popular is L-theanine.  This is an amino acid found in black and green teas.  It increases the Alpha waves in your brain giving you a relaxed but alert feeling.  It is best paired with caffeine, which black and green teas have as well.

Creatine is an amino acid.  This amino acid is used to make protein in your body.  It is one of the most common bodybuilding supplements.  Creatine gives your brain a boost of fuel, which helps improve your short term memory and your reasoning skills.  Creatine seems to be more beneficial for vegetarians or people who are extremely stressed.  The recommended amount is 5grams a day and shows to have no side effects long term.

Other natural sources of Nootropics are Bacopa Monnieri which is a herb that enhances brain function.

Ginkgo biloba is a tree native to China, Japan, and Korea that helps people with dementia.

Panax ginseng is a perennial shrub found in China and Siberia that may help prevent conditions such as Alzheimer’s disease, Parkinson’s disease, and Huntington’s disease.  Panax ginseng can help the brain recover from a stroke as well.

Rhodiola Rosea is another herb that helps the body handle stress.

Synthetic Nootropics are also available usually in supplemental form.  These synthetic options can usually be found over the counter.

There is not a lot of evidence or research about Nootropics and their effects they have on healthy individuals.  Nootropics are any natural, synthetic, or prescription substance that enhances mental function.  Synthetics are lacking evidence to show effectiveness in individuals who are healthy.  Where natural forms of Nootropics are safer, the effectiveness of them may be more subtle and slower to notice.

Nootropics are growing in popularity despite the lack of evidence on if they work or not as well as if they are safe to take in the long term.  Some Nootropics can cause dependency.  If not taken in the amounts that are prescribed or recommended, side effects or overdose may occur.  Some Nootropics may respond adversely with other medications so talk with your doctor before you plan on trying any on your own.