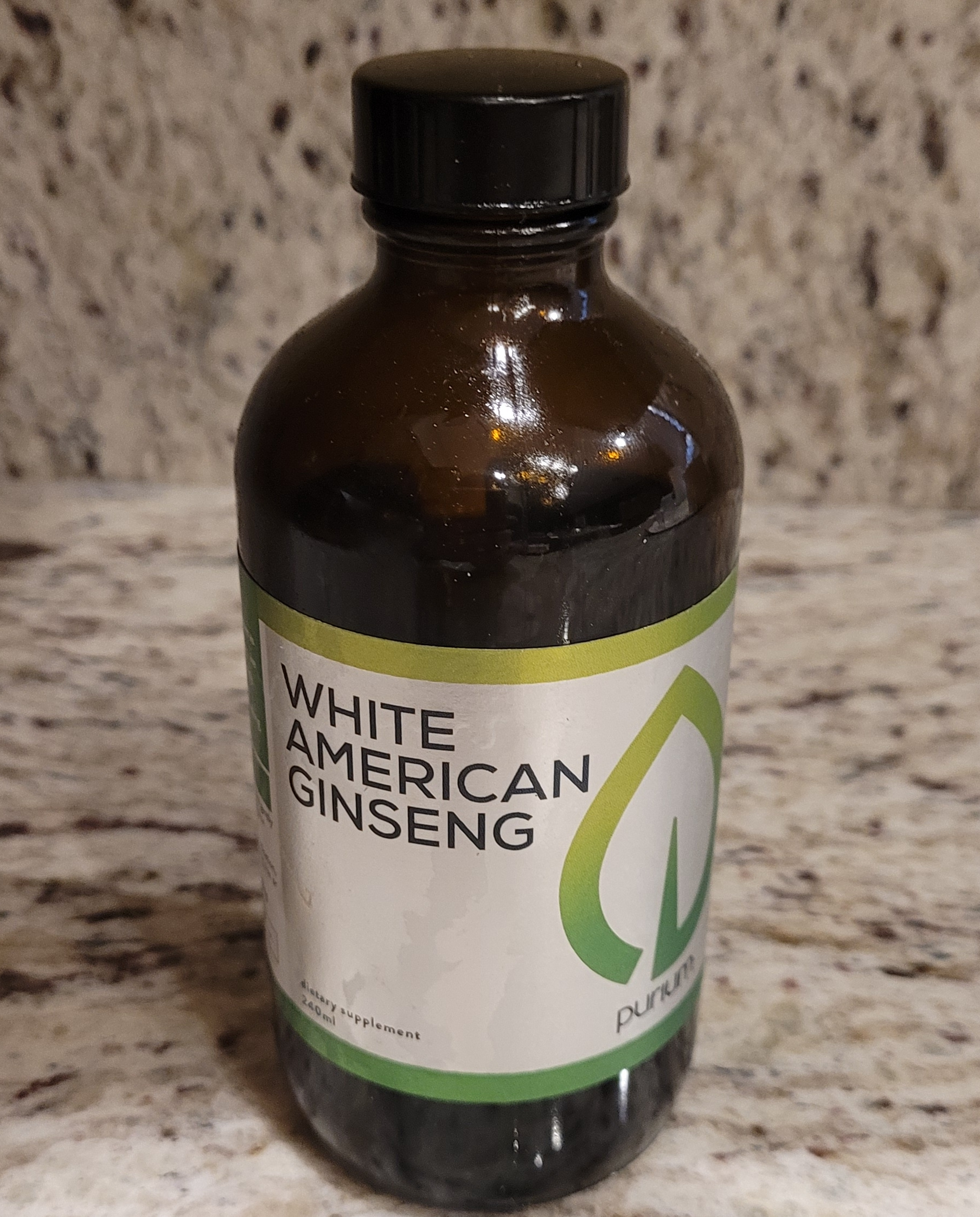 Ginseng is a popular herbal plant that has been used as a holistic medicine for centuries. There are two main types of Ginseng that are most commonly used for the incredible benefits: Asian (sometimes called Korean) and American.

White American Ginseng, also known as Panax quinquefolius, is a powerful adaptogen and  non-toxic herb that naturally helps supports the body’s response to stress by encouraging stable energy boosts and bringing balance to the body. It’s not to be confused with Asian ginseng or Eleuthero as these are completely different plants with different effects.

Purium‘s White American Ginseng has been used throughout history because of its ability to revitalize and restore balance in the body. Ours contains at least 28 active ginsenosides which promote increased energy without the jittery side effects. We recommend combining it with our Bee Energetic to further support optimal energy levels.

Use our Purium Coupon Code: HealthStatus  for the best discount available.

What it is: The master herb of Chinese medicine and used widely in Native American medicine, this herb has been used for centuries for its impressive ability to revitalize and restore balance in the body, as well as for its potential life extending properties.

White American Ginseng has been used throughout history because of its ability to revitalize and restore balance in the body. Ours contains at least 28 active ginsenosides which promote increased energy without the jittery side effects. Ginsenosides are pharmacological components of ginseng that can aid blood flow, the nervous system and certain brain neurotransmitters.

White American Ginseng is recognized internationally as the ginseng of choice. Our White American Ginseng contains at least 28 active gensenosides, all pure, including calming and stimulating elements that promote energy without jitters. When taken, the body knows where its healing properties are most needed to maximize its calming, energizing balance.
Throughout history ginseng has been used for its powerful abilities to revitalize and restore balance in the body. It is the master herb of Chinese medicine, and Native Americans use it for its curative and life-prolonging properties, as well.
Energy, Alertness, Reflexes, and Endurance– In the 1980s, a researcher at the University of California discovered that ginseng promoted more efficient use of the body-energy and provided extra storage of energy-producing compounds in the liver. In this study it was found that when animals were subjected to extensive exercise, their energy levels were less depleted in the presence of ginseng. It has later also been discovered that ginseng can regulate the basal metabolic rate, which in turn can increase the breakdown and metabolism of foods, liberate more energy and remove more waste products. Perhaps it is these unique metabolic effects that have led some researchers to conclude that ginseng can prevent hangovers. Ginseng constituents such as the ginosenosides may affect the nervous system, blood flow to the brain, and certain brain neurotransmitters. American ginseng has been shown to contain 3-4 times as much ginosenosides as Korean or Chinese ginseng.
May lower blood pressure– American ginseng contains compounds called saponins that regulate both the strength of the heartbeat and blood pressure; American ginseng also lowers blood pressure by stimulating the conversion of the amino acid arginine to nitric oxide which causes the walls of the blood vessels to relax.
Aids in Stress- Like other forms of ginseng, American ginseng has traditionally been applied to restoring health after periods of illness or prolonged stress. Research has repeatedly shown that ginseng helps the body cope with stress.
Cardiovascular Health– Ginseng has been shown to have a positive effect on the cardiovascular and central nervous systems. There are also several studies suggesting that ginseng reduces cholesterol in the circulation. Though the ginseng itself is not a cholesterol lowering agent, better circulation is a welcome byproduct of cleaner metabolism, which it promotes.
Preventing Infections– In Japan, researchers found that ginseng can boost the immune system by fortifying both the white blood cells that stand guard as well as the antibodies that are their weapons. Ginseng furthermore enriches the blood with protective cells and accelerates the proliferation of these cells in the bone marrow.
Aging- Ginseng alleviates some of the most common effects of aging, such as the degeneration of the blood system. Ginseng has been shown to help treat cardiovascular disease as well as help relieve tiredness. It is therefore considered a safe long-term stimulant. In China an ancient and reverent tradition has evolved between elderly Chinese and their ginseng. Many who are “getting on in years” have discovered that American ginseng can substantially alleviate arthritis.