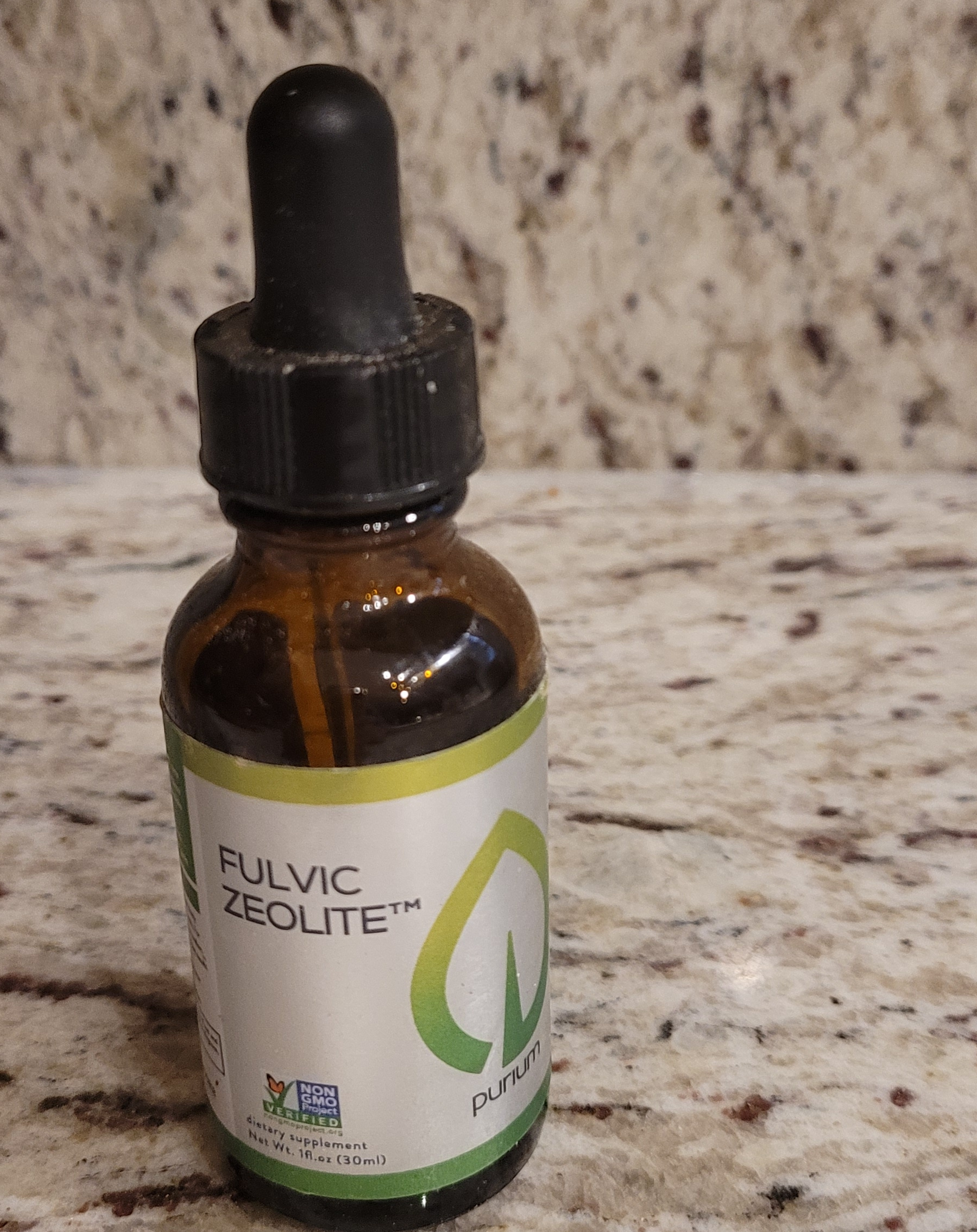 These days, everyone needs a “toxin magnet.”

Purium‘s Zeolite, one of the few negatively charged minerals, is formed naturally when volcanic lava reacts with salt water. Our Zeolite has been synergistically combined with fulvic acid to create Fulvic ZeoliteTM, which acts like a magnet and draws positively charged toxins and heavy metals out of the body. We recommend combining it with any of our green foods for added assimilation and detoxification.

Use our Purium Code: HEALTHSTATUS  for the best discount available.

What it is: This natural detoxifier is created through one of the most dramatic forces of nature- volcanic activity. Due to the unique structure of the Zeolite molecule and the fact that it is one of the few negatively charged minerals in nature, it acts like a magnet drawing positively charged toxins and heavy metals out of the body.

The naturally occurring clinoptilolite class of Zeolite has been used for over 800 years in traditional medicine. For centuries, the powdered forms of specific Zeolites have been used as traditional remedies throughout Asia, specifically India, China, and Russia, to promote overall health and well being. The story of the “volcanic rocks” has been passed down from generation-to-generation as more and more people have experienced its life-changing benefits.

In the United States, Zeolites have been used in water filtration, air purification, in animal feed and even in fertilizers to keep the crops healthy. Now we`re using it in an enhanced form using a proprietary activation technology as a dietary supplement. In fact, because it is one of the few negatively charged minerals in nature, Zeolites act as a magnet as they draw toxins to it, capture them in its cage, and then gently remove them from the body.

>>The current prices for the Entire Purium Line as of December 9th, 2022 are Here<<

Industrial Zeolite was used to clean up the Exxon Valdez oil spill of 1989 and over 50 metric tons were used to “detox” Chernobyl after the greatest nuclear disaster in history.
There are about 40 naturally occurring Zeolites and over 100 synthetic Zeolites. There are three different classes of Zeolites with varying molecular chemical structures:

We use naturally occurring clinoptilolite. This particular Zeolite has been used for over 800 years in traditional medicine to improve general health.
Zeolite`s unique complex contains honeycombed structures or cages that allow small molecules between 2 and 10 angstroms to enter. This framework acts on a cellular level as a collection receptacle for toxic substances to be eliminated from the body.

Zeolites have large open spaces or cages in their structures that form channels. These channels allow the easy movement of ions and molecules into and out of the structure. This ability puts Zeolites in the class of materials known as “molecular sieves.” The natural properties of Zeolites act as molecular sieves, or filtering agents, that attract and trap into them positively charged atoms, ions, and compounds, and can remove them from a system.

It`s a mineral with a cage-like structure that is created by aluminum and silica that are trapped in small tetrahedra (pyramid-like structures) created by oxygen atoms. These form 8-sided and 10-sided rings that stack on top of each other to form channels. The aluminum is positively charged and the oxygen around it is negatively charged, giving the entire molecule a net negative charge. This is a very stable compound. For all practical purposes, this is an invincible molecule.

Zeolite has been studied extensively by scientists around the world and is classified as GRAS (Generally Regarded As Safe). They are sold as food and tested to not have a negative effect on the body.
*Safe for all ages over 2 years