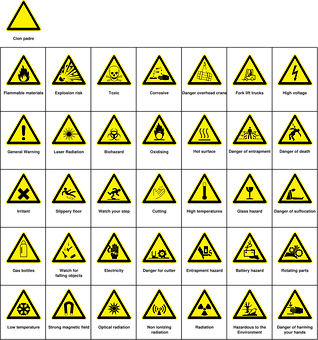 The earthquake, tsunami, and subsequent nuclear power plant meltdown at the Fukushima Daichi reactor in 2011 brought up many concerns involving radiation levels in Japan and the entire globe. The disaster led to widespread panic and a decrease in confidence in the safety of nuclear power plants.

It is good to be aware of the dangers of radiation exposure and how you can mitigate it effects. This includes nuclear fallout from events such as power plant accidents and everyday exposure to harmful electromagnetic frequencies.

There are a range of effects that radiation can have, which can be different depending on the level of exposure to it. Exposure to low levels of radiation can cause major disruptions to the digestive system, changes in blood cells, and the destruction of cellular structures in organs and tissues over time.

Low-level radiation exposure can cause fatigue, headaches, nausea, and scalp tenderness. It can also cause the skin to become dry and itchy.

If you are exposed to low levels of radiation for a long time, it could also lead to problems with your brain, memory, mood, and how well you can think, move, and process information.

If you’re exposed to low levels of radiation over a long period of time, you might have a greater chance of developing leukemia or lymphoma in the future.

At low levels, radiation exposure also lowers the number of lymphocytes in the blood. If your lymphocyte count is low, you are more likely to get sick.

The reproductive system is especially sensitive to radiation and long-term exposure can cause infertility, birth defects, and stillbirths.

If you are exposed to large amounts of radiation all at once, you may experience acute radiation syndrome, which is also called radiation sickness. Symptoms of this condition are usually mild.

Reducing the Effects of Radiation Exposure with Natural Remedies

Most nuclear disasters result in a quick depletion of anti-radiation treatments, so it is prudent for many people to keep supplies on hand. There are 13 great natural remedies for people who have been exposed to radiation.

Radiation damages the thyroid gland, which then can’t produce thyroid hormones. Those hormones require iodine, which is necessary for healthy DNA, immune function, metabolism, and endocrine balance, as well as cardiovascular health.

Nascent iodine supplements can help to protect the body from the harmful effects of radioactive iodine-131.

Nascent iodine is one of the most bioavailable forms of iodine and may be effective in reducing exposure to radiation by lowering accumulated radioactive iodine in the thyroid and preventing any from getting into the thyroid in the first place.

Detoxadine® is Global Healing’s standardized, nano-colloidal nascent iodine. This iodine supplement is manufactured using a revolutionary process that is gentle on your digestive system.

Radioactive cesium-137 can be prevented by getting enough iodine. Although the amount of potassium you get from your diet may be insufficient.

The CDC believes that potassium iodide can protect the body and thyroid gland from radiation poisoning. This is demonstrated by the example of the Japanese nuclear reactor explosion. The best type of potassium to use for radiation exposure is potassium iodide.

Natural ways to get iodine into your system include eating iodine-rich foods and taking supplements. Iodine has detoxification properties that can help remove toxins from the body.

Blue-green algae and spirulina can help get rid of heavy metals in the body, which is important when it comes to radiation exposure. They also explained that these things can help protect the body against cancer.

Spirulina is nature’s ultimate wholefood multi-vitamin. It is nutrient dense, packed with protein and loaded with marine omega fatty acids. This energizing superfood is easy to digest and assimilate. Try Purium’s Cocoa-Mint Spirulina.

There are several essential minerals that can clean up strontium-90, a type of nuclear waste. Supplementing your diet with calcium, phosphates, and sodium alginates can help to reduce the amount of radioactive strontium you absorb.

I suggest using Purium’s Ionic Elements, which is a combination of calcium, sodium and magnesium.

Dimethylsulfoxide is an antioxidant sulfur compound. The studies showed that DMSO had the ability to actively detoxify and protect the body against harmful radiation effects.

One study from Japan found that even small amounts of DMSO helped protect human DNA and overall cellular structures from radiation. DMSO reduced the amount of DNA breakage by 80% in cells that were exposed to radiation. It also neutralized the exposure from radio-isotopes.

Research indicates that DMSO may help to protect against cell damage in the liver and salivary glands that can be caused by exposure to X-rays.

A study done at the School of Medicine at Yokohama City University in Japan found that DMSO offered protection against cell destruction and DNA aberrations in mice exposed to radioactive substances.

Zeolites are crystalline rocks which absorb radioactive strontium and cesium.

To demonstrate how effective zeolites are, nuclear waste is usually “cleaned” or “stored” by mixing it with zeolite and packing it underground. Zeolites can remove nuclear waste at a molecular level.

One study found that Zeolite clay was an effective decontaminant for sheep affected by the nuclear waste disaster in Scotland after Chernobyl.

Zeolite clay can be consumed to detox the body after exposure to radiation. Specifically, clinoptilolite zeolite has been used for detoxing post-radiation. It was meant to help with the fallout from Chernobyl, and it was given out in the form of cookies and pills to adults and children.

The fact that Zeolite was used in the nuclear meltdowns at Three Mile Island, Chernobyl, and the British Nuclear Fuels (BNF) plant at Sellafield proves that it helps detoxify radiation.

French green clay is a clay that can absorb radiation, toxic metals and chemical residues. French green clay was used at Chernobyl in 1986 for the same reasons as zeolites. The former Soviet government added clay to chocolate bars and cookies that were given to citizens to help remove radioactive waste from the body.

Radiation can be neutralized by charcoal, according to studies. The activated charcoal in the apparatus neutralized 90% of the radioactive iodine and cesium in the water.

Papain is an enzyme extracted from papaya fruit. It has the ability to reduce toxicants. Taking oral proteolytic enzymes, including papain, may reduce the side effects of radiation treatment according to some studies.

There is some initial evidence to suggest that bee pollen may help to lessen the negative side effects of radiation exposure. The pollen from bees contains antioxidants, which scavenge the free radicals in the body that are generated by radiation.

Research on rats has shown that bee pollen and beta-carotene can help to protect the brain from the harmful effects of ionizing radiation.

Radiation exposure lowers levels of white and red blood cells and antibodies in the body. Bee pollen is a natural way to increase these vital substances.

Exposure to radiation causes the break down of hemoglobin in the blood. Beets are rich in iron, which is essential for healthy red blood cells. When these cells are damaged, the body needs more iron to rebuild them.

Animal lab studies have shown that rats that are fed a diet that consists mostly of beet pulp retain less radioactive cesium-137 than rats that are not fed beets.

Eating foods rich in antioxidants, such as beets, can help protect your cells from damage caused by radiation. In a study on rats, a diet high in antioxidants led to higher bone marrow cell counts, suggesting a possible protective effect against radiation.

Cilantro has been shown to remove heavy metals from the blood stream.

Use cilantro immediately to make a pesto sauce that will save it from wilting. The dish contains garlic and pumpkin seeds, which are both incredibly healthy. And delicious. Best part? Make a lot of it and freeze the extra. It’ll keep for months and months in the freezer.

These two herbs are great at protecting and treating radiation, according to the NIH.gov website.

This plant is very good at getting rid of toxins by taking away free radicals. But it’s also great for promoting liver health and function, which helps to eliminate any toxins that might be in your body.

Although dandelions are edible, if you are worried about radiation, it might be best to avoid eating them. The radioactive particles would have fallen on the plants as well. You can find dandelion root, tincture, and greens at a natural health food store.

12. Other Natural Treatments for Radiation Exposure

This can also help pull toxins from your skin. Bentonite clay is used by Russian nuclear workers to protect themselves from radiation. The clay is applied to their skin before they come into contact with nuclear material.

Bentonite clay is used in traditional medicine to detoxify the body from heavy metal poisoning. While you should be cautious in your use of it, it can help to remove toxins and radiation when used internally in small amounts.

It has been difficult to find a recommendation on how much clay to take at a time, but I did find one commenter who says she takes 1 tsp a day with good effect.

Miso soup contains kelp and mushrooms, both of which have their own respective health benefits. At stores like Whole Foods, you can buy dried miso soup packets that will last for months.

Boron is used for radiation shielding on an industrial level. Mix 1/8 c. borax in the bath to worry less about radiation entering through the skin. It’s not harmful and it actually softens your skin. Let yourself dry in the air, so that you don’t wipe off all the borax.

Both apples and sunflower seeds contain a pectin that is good at cleansing the body from residual radiation.

We’re exposed to radiation every day, via the sun. There’s really no escaping it. And there is nothing to fear from everyday exposure to radiation.

Exposure to low levels of radiation can cause major disruptions to the digestive system, changes in blood cells, and the destruction of cellular structures in organs and tissues over time. Radiation can cause lymphoma and affect fertility. However, if we are exposed to unhealthy levels of radiation through repeated X-ray exposure or a nuclear disaster we need to take some extra steps to safeguard our health.

Let’s hope for all of us this never happens.