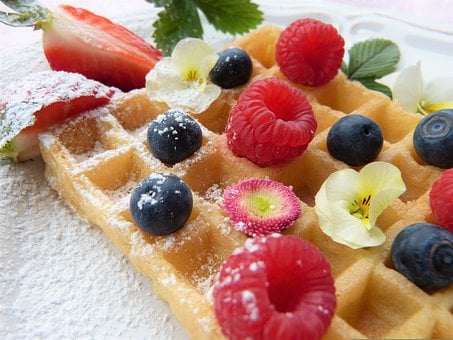 Sugar is a carbohydrate that our bodies need to function. It is found in fruits, vegetables, and dairy as a compound called fructose or lactose. The problem arises when sugar is added to foods during processing for flavor, texture, or color.

If you consume too much added sugar, you are at risk for weight gain, increased insulin levels, and a slower metabolism. Eating excess sugar can also lead to storing excess calories as fat in your stomach area.

Cutting out added sugars from your diet can have some amazing health benefits, as this article review demonstrates.

Certain health benefits are associated with reducing the amount of added sugar in one’s diet, supported by scientific research.

1. Lower Risk of Pre-Diabetes and Diabetes

Diabetes is a long-term problem in which the levels of sugar in the blood become too high. This happens when your body either doesn’t make enough insulin or doesn’t use insulin efficiently. Insulin is a hormone that helps to regulate blood sugar levels by being produced by the pancreas.

There are three different types of diabetes:

Gestational diabetes is a temporary condition that only occurs during pregnancy. It usually disappears after the baby is born.

You cannot prevent or control type 1 diabetes through dietary changes, even if you reduced your sugar intake. This is because type 1 diabetes is caused by an autoimmune reaction.

However, type 2 diabetes and pre-diabetes are quite different!

Reducing or eliminating sugar intake has been shown to help prevent, delay, or control symptoms, in addition to other healthy lifestyle changes like losing weight and staying active.

Excess sugar consumption can lead to diabetes, and the risks are especially high for children. To reduce your risk for type 2 diabetes and pre-diabetes you should avoid all refined sugars, especially in items like soft drinks and sweets, because they contain simple sugar, which is easily absorbed by your body and causes the levels in your blood to rise sharply.

The evidence shows that sugar-sweetened beverages increase the risk for developing type 2 diabetes.

A different study found that consuming one sugary drink a day could raise your risk of type 2 diabetes by 13%.

Problems with the liver can lead to issues with insulin production.

A study published in 2014 found that consuming too much sugar is linked to an increased risk of heart disease.

A study of a sample of US adults conducted over 15 years found that those whose calorie intake from added sugar was 17-21% were 38% more likely to die from heart disease than those whose intake was less than 10%.

Although doctors are not positive how, they believe that sugar raises the risk of heart disease. One possible reason for this is that sugar is processed by the liver in the same way as alcohol. This can lead to the accumulation of fat, which may in turn lead to fatty liver disease. This in turn can increase the risk of diabetes and heart disease.

Excess sugar consumption can also lead to inflammation throughout the body, which has been correlated with an greater likelihood of developing heart complications.

If you have high blood pressure, you are at risk for developing heart disease, heart failure, or having a stroke.

More research has been done to confirm this, such as a 2019 study of 128 women who were aged from 65 to 80. The study found a significant link between high blood pressure and the amount of sugar consumed. It also found that a decrease of 2.3 teaspoons of added sugar would lead to drops in both systolic and diastolic blood pressure.

Non-alcoholic fatty liver disease increases the amount of fat in your liver. This can lead to many different health problems, including damage to your liver, diabetes, kidney disease, and high blood pressure.

These findings are in line with other research, which has shown that fructose can cause weight gain and lead to insulin resistance. Recent studies have suggested that drinking fewer sugary drinks and consuming less fructose can help prevent the build-up of fat in the liver.

Too much sugar can have a negative impact on your teeth! Dental cavities, or tooth decay, is a common problem caused by too much sugar intake.

For example, “bad” bacteria like Streptococcus sorbrinus and Streptococcus mutans feed on the sugar you eat and then form plaque. This plaque is a film that covers the surface of your teeth. If you do not brush away the plaque, it will create an acidic environment in your mouth. This will cause the minerals in your teeth to dissolve and eventually destroy their enamel.

If you regularly drink or eat sugary foods throughout the day, this will cause more damage to your teeth as they will be exposed to these acids for a longer period of time.

Sugary snacks can cause problems because they stick to your teeth and are not easily removed by saliva.

In addition to brushing your teeth regularly, you can improve your dental health by switching to snacks and drinks that are not full of sugar.

6. May Help Reduce your Risk for Cancer

When you eat foods that are high in sugar, you are more likely to gain weight. Being overweight is a risk factor for cancer.

A study conducted in 2013 found that diets rich in refined sugars, as well as meat and other animal products, were linked to an increased risk of pancreatic cancer.

In another recent study, researchers found that postmenopausal women who consume sugar or sugar-sweetened beverages are at an increased risk of developing type 1 endometrial cancer.

7. You May Breathe Easier

A diet high in sugar may be a contributing factor to the development of chronic obstructive pulmonary disease (COPD). The connection could come from high blood sugar levels, which have a negative effect on lung function.

If you’re expecting a candy bar to give you an energy boost to help you get through the afternoon work slump, you might be disappointed. In fact, the idea of a “sugar rush” might be a myth. A meta-analysis of 31 studies conducted in Europe found that sugar does not provide any energy boost. In fact, participants felt more tired and less alert after consuming sugary foods and drinks.

For an energy boost, go for slow-burning carbs and high protein foods. Spread some peanut butter on an apple or put a slice of cheese on whole grain bread.

9. It Will Help Keep your Brain Sharp

You may have been warned about the harmful effects of sugar on your teeth, but did you know that it can also damage your brainpower? A high sugar diet has been shown to have negative effects on mental function. In a way, consuming too much sugar could rewire your brain.

If you eat a lot of it, it can change how the hippocampus looks – the part of your brain where your memories are stored.

10. You may be Less Likely to get Dementia

Researchers have been trying to establish a link between blood sugar and dementia for many years, as people with diabetes are at a higher risk of developing Alzheimer’s disease. Some researchers even refer to Alzheimer’s as ‘type 3 diabetes’. There may be a connection between how your brain responds to insulin and sugar levels in your blood.

11. It may Reduce your Risk of Depression

A diet high in sugary foods has been linked to depression in several studies.

The study found that older adults were 30 percent more likely to be diagnosed with depression if they drank more than four servings of soda per day compared to those who drank unsweetened water, coffee, or tea.

A few possible reasons for the connection between sugar and depression are that sugar increases inflammation in your body, which can have a depressive effect on mood, or that sugar consumption can lead to spikes and crashes in blood sugar levels, which can also affect mood.

Eating sweets affects your body’s insulin response, which might change your hormone levels.

12. You’ll Break your Addiction to the Sweet Stuff

The brain releases chemical messengers like dopamine when you eat lots of sugar, which makes you feel good.

Researchers have found that rats that eat large amounts of sugar develop symptoms of addiction and withdrawal when they stop.

If you eat too much sugar, it will reduce the amount of dopamine signaling. This means that you will need more and more sugar to get the same feeling of pleasure.

If you are overweight, your body is resistant to the effects of leptin, a hormone that is supposed to signal your brain that you are full.

Foods high in sugar don’t have much protein or other nutrients that make you feel full. So after you eat something sugary, you’ll probably feel hungry again soon. Choose foods that are unprocessed and do not contain sweeteners to avoid feeling hungry and to stay full for a longer time.

14. It could Keep your Skin Looking Young

Eating too much sugar can damage your skin and make you look older than you are.

Wrinkles and drooping skin, referred to by some as “sugar sag,” is caused by damage to collagen and elastin proteins from AGEs.

Acne is not caused by sugar, but a high intake of sugar can make acne worse. This is because sugary and highly processed foods can cause inflammation, which can contribute to breakouts.

Excess sugar intake has been linked to inflammation which can cause skin conditions like psoriasis.

Eating too much sugar can make it harder for your body to fight off infections. Simple sugars can reduce the ability of white blood cells to destroy viruses and bacteria.

Eating a lot of sugar or drinking soda can reduce how well white blood cells work at fighting infection.

If you have a stronger immune system, you will get sick less often. This means you will go to the doctor less and spend less time waiting in germ-filled waiting rooms reading old magazines.

READ MORE: Why Replace All Sugary Drinks With Water?

2022-09-29
Previous Post: 11 Ways To Relax Your Mind From Stress
Next Post: The Relevance Between Anxiety And Diarrhea