7 Benefits Of Ashwagandha For Adrenal Fatigue 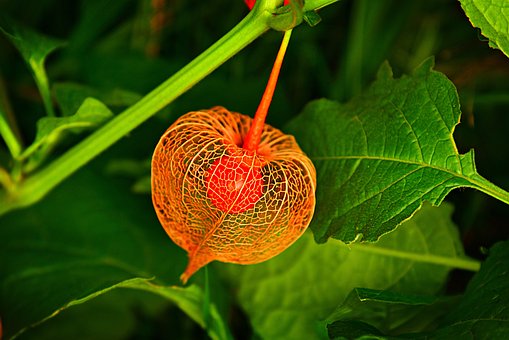 Do you feel tired, stressed, and achey? If you experience any of these symptoms, you may be suffering from adrenal fatigue.

While there is a lot debate over the classification of adrenal fatigue as an official disease, it is possible to use ashwagandha as a form of relief. This is because ashwagandha can help to support your adrenal glands, which often experience common symptoms associated with adrenal fatigue.

The herb ashwagandha has been known for its medicinal qualities for many years. It can help the body to cope with stress and other conditions.

The root of the plant is harvested, dried, and ground up into a powder. This powder can be made into pills, which makes the root edible. This herbal remedy contains a blend of amino acids and vitamins that help the body cope with stress. There are many benefits to taking this supplement, including helping improve sleep, increasing energy levels, and improving cognitive function.

The adrenal glands are two small glands located on top of the kidneys. They are responsible for producing many hormones, three important hormones that are released when the body experiences stress: cortisol, aldosterone, and adrenaline.

The adrenal glands produce over 50 different hormones, including cortisol (your most important stress fighter)

If you are suffering from adrenal fatigue, your body is not able to produce these hormones properly.

This condition is caused by chronic stress and is thought to be because the adrenal glands cannot keep up with the demands of the body’s fight-or-flight response.

Ashwagandha has been used for over 3000 years in the form of extracts and root powder. It helps the immune system to reduce the amount of chronic inflammation, which reduces the negative effects of stress.

Most people consider Ashwagandha safe to use, but as with taking any new supplement, it is important to consult your doctor before using it.

You can find products that contains extracts from the leaves, roots, or both. The potency will depend on where the product is sourced.

Ashwagandha root extract is the most commonly used form and is generally considered to be safe. Make sure that it has a certificate of analysis.

If you are pregnant, breastfeeding, or have an autoimmune disease, arthritis, or type 1 diabetes, you should not take ashwagandha as it could interact with your medications.

The general consensus is that doses of 250mg to 500mg are safe based on research studies.

The suggested dose for each person may vary depending on the person’s unique circumstances. You should start with a lower dose of ashwagandha and see how your body reacts to it, after talking to a doctor.

You should start off by taking 1/3 or a half dose of the medicine, and then gradually increase the amount you take based on how your body reacts, and on what your doctor recommends.

Though uncommon, side effects may occur when first taking ashwagandha.

Although there have not been extensive long-term studies on the effects of this herb, it is still important to be aware of the potential implications of taking it over a long period of time.

Large doses of ashwagandha might cause stomach upset, diarrhea, and vomiting.  Pregnancy: It is likely unsafe to use ashwagandha when pregnant.

Despite the low rates of individuals experiencing side effects in clinical trials, there is always a possibility that someone will experience them. You should start with a low dose and increase gradually.

The side effects of Ashwagandha are quite mild and only happen rarely. They include…

Before you start taking any supplements, it’s important to talk to your doctor about any potential side effects.

Make sure to always read the dosage and advice on the product you’re buying! This will give you an accurate measure of how much you need to consume to get the desired outcome. In addition, discuss dosage amounts with your doctor.

Ashwagandha and the NEM Response

An adaptogen is an herb that helps the body cope with stress. Ashwagandha is an adaptogen that is known to help boost adrenal function. The HPA axis (hypothalamic-pituitary-adrenal (HPA) hormone axis) is responsible for the release of stress hormones, and is a part of the body’s stress response system.

The NEM (NeuroEndoMetabolic)  perspective stress response consists of six component responses that help regulate stress in the body. Rather than a traditional approach to solving the effects of stress on individual organs or symptoms the NEM approach involving multiple organs, systems, pathways, and chemical reactions all working in unison on a functional level to combat stress.

Some people believe that taking Ashwagandha may help to regulate mood, balance hormones, and boost the immune system.

Benefits of Ashwagandha for Adrenal Fatigue

The Ashwagandha plant has been used in medicine for thousands of years and has been linked to hundreds of different health benefits.

Some of the health benefits are definitely true and have been proven by scientific research. Others, however, may still need further investigating before we can say for sure.

Cortisol is the hormone that is released by the adrenal glands in response to stress. It is also released when your blood sugar levels get too low.

When someone has adrenal fatigue, they may have constantly high levels of cortisol, which can eventually lead to high blood sugar levels.

However, Ashwagandha is only typically seen to help maintain cortisol levels in the early stages of adrenal fatigue. At this point, the adrenal glands are able to react to the herb and produce the necessary hormones to keep the body in balance.

At later stages, some people find that Ashwagandha increases their energy levels too much, making them feel excited. The adapotgenic property is more likely to stimulate than anything else, but the reasons for this are unknown.

Ashwagandha has been shown to reduce blood sugar levels in people with diabetes and in healthy people without any underlying conditions.

Some reports say that the ashwagandha can help reduce stress by affecting the way chemicals work in the nervous system. Studies have found that an extract from the plant can reduce symptoms of anxiety and stress by up to 69%.

Another study conducted with human participants who took anxiety-reducing supplements found that 88% of them reported feeling less anxious than those given a placebo.

In some animal studies ashwagandha supplements helped slow the growth of cancer cells. A 70-80% reduction in tumor growth was seen in one study when given in combination with a pre-existing cancer drug.

The study looked at the effects of three different compounds on myelosuppression: cyclophosphamide, azathioprine, or prednisolone. The researchers found that Ashwagandha protects against myelosuppression, by measuring activity using hematological and serological tests.

The herb worked to increase the concentration of hemoglobin, the number of red blood cells, white blood cells, and platelets in the mice, who also experienced an increase in weight.

The studies showed that the drug has properties that may help the body respond to stress.

People with adrenal fatigue syndrome often have issues with inflammation and a weak immune system. If the body is in a low-energy state, it may slow down certain body systems.

The clinical studies with the mice suggest that Ashwagandha could be helpful in supporting the immune system.

The endocrine system responds to stress by releasing hormones from the adrenal glands and the thyroid. A person is likely to feel fatigued if the thyroid has deficits in functioning. Ashwagandha may help to stimulate thyroid activity, according to one study.

If someone has an imbalance in their adrenal stress response, they may experience anxiety, depression, or moodiness. They could have insomnia and difficulty concentrating. Dysregulation in the neuro-affective response is the cause of this.

Studies have shown that Ashwagandha can help to slow down, stop, or even reverse the loss of brain cells. The herb is recommended for people with neurodegenerative diseases such as Alzheimer’s, Parkinson’s, and Huntington’s.

The Ashwagandha Herb is Calming

Ashwagandha has a calming, anxiety-reducing effect, similar to the effect of the drug Lorazepam. The group of researchers ran three different tests on rats to study the effects of the herb on anxiety. The tests were social interaction, the elevated plus-maze, and feeding latency in an unfamiliar environment.

The herb was found to reduce brain levels of tribulin, which is a sign of clinical anxiety. The herb was shown to have antidepressant effects in stress tests and act as a mood stabilizer, preventing anxiety and depression.

However, in advanced stages of adrenal fatigue, Ashwagandha can often have the opposite effect, making the body feel wired instead of calm.

Recovering from adrenal fatigue can take some time.

You should talk to a healthcare expert before adding this herb to your adrenal fatigue recovery plan.

If you are in the later stages of adrenal fatigue, you need to be careful when taking certain herbs. The reason is that your adrenal system is not working as well as it should, and the herb can make the situation worse by stimulating your system.

Ashwagandha is a powerful herb with the ability to regenerate cells, reduce inflammation, relieve pain, and protect the nervous system.

One of the benefits of Ashwagandha is that it can help improve the health of the adrenal glands and rebalance hormones. It can also help relieve anxiety.

If you’re thinking of trying this herb, here’s what you need to know: