The Worthy Cost Of Organic Food 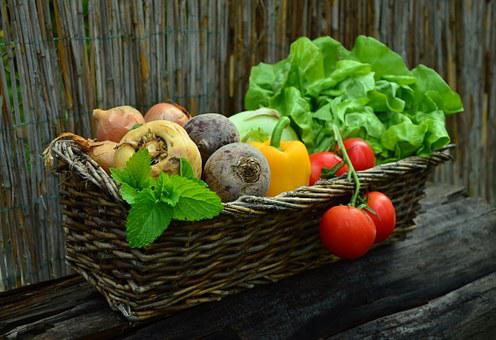 The value of the organic food market is currently estimated at $168 billion. This is more than double the amount that it was worth a decade ago.

Although organic agriculture is the fastest growing food sector in most European and North American countries, it still only contributes to between 1% and 8% of total food sales in the regions.

This question is not new, and it has been a controversial topic for policy makers and food producers for many years. I find that there are many contradictory results when looking for answers in both popular media and peer reviewed literature.

Some research suggests that organic produce is essential to guaranteeing us a better future on this planet, while other sources claim that it is only a gimmick to make us pay more for products that, in the end, are not much better for our health or the environment.

I spent some time investigating this topic by reading studies and talking to experts to try to understand it better.

Organic food was born as a philosophical movement

It is helpful to start from the beginning when there is so much confusion. The term “organic agriculture” was first coined in the early 1900s when large-scale, intense farming practices were becoming more common.

Instead, his goals were much broader. Although Steiner’s vision for agriculture was revolutionary, his goals extended beyond transforming the way we farm. He saw organic as a social system, an alternative way to the way society has become too focused on machines.

If a food is considered organic, it means that it was grown without the use of synthetic pesticides, synthetic fertilizers, or genetically modified organisms. Animals that are raised for meat must be eating nothing but organic food, and also have access to the outdoors at all times.

A minimum of 30 percent of a ruminant’s diet (for example, a cow’s diet) must come from pasture.

Foods that are prepared with at least 95 percent organic ingredients are allowed to use the organic label.

Assuming the organic foods we’re talking about are truly organic, there are some benefits that may make them worth the extra cost:

Many families believe that organic foods have more nutrients than conventional foods. A 2012 meta-analysis found that there is no significant difference in the nutrient values of conventionally grown and organically grown food.

According to the data, organic foods have higher levels of antioxidants than conventional foods. The difference in antioxidant levels ranged from 19 percent to 69 percent. An increase in antioxidants is just like eating an extra serving or two of veggies each day.

According to a 2016 review, organic meat and dairy contains higher levels of iron and approximately 50% more omega-3s than their conventional counterparts.

The importance of Omega-3s is in balancing fatty acids in the body and reducing inflammation.

Some medications can help to reduce your risk of heart disease by lowering the level of blood fats called triglycerides, slowing plaque buildup inside the blood vessels, and balancing the levels of “good” and “bad” cholesterol.

The review found that organic dairy had lower levels of selenium and iodine. Therefore, more research is needed on this subject.

The main reason I shop locally for organic seasonal food is not for my health, but because, it just tastes better!

Nutrition and taste often go hand in hand. The food with more nutrients often tastes better than the food with fewer nutrients.

There is lack of data on which foods taste better, each family can see for themselves whether organic tastes better or not.

Pesticides are typically the top concern for parents consulting about organic versus conventional foods. Pesticide residue is five to four times higher in conventional produce than in organic produce, according to a 2012 and 2014 analysis, respectively.

This difference, EPA still classifies these levels as “safe”. Some people are concerned that the government does not take into account the combined effect of different pesticides when setting the maximum amount of each pesticide that is allowed.

This means that while a single pesticide may not have harmful effects, exposure to multiple pesticides can be much more dangerous. Some people believe that any amount of these chemicals is harmful.

In addition to human health, people are also worried about the wellbeing of the environment and animals.

All of this makes organic farming more sustainable. Although some people think that organic farming results in lower yields per acre, it is possible to achieve high yields through organic methods.

If an animal is organically raised, it means that it was raised in better conditions than a conventionally raised animal. The animal must have access to organic feed, a percentage of its food coming from pasture, and access to the outdoors.

Organic practices vary from country to country, but there are some general principles that are usually followed. These principles are related to health, ecology, fairness, and care.

We believe that the following practices help us to treat crops less aggressively and to respect more of the resources needed to produce our food.

Organic regulations prohibit the use of GMOs, ionizing radiation, artificial fertilizers, herbicides, and pesticides. Hormones can only be used for animal health, and antibiotics can only be used when necessary.

Organic food is not much better for the environment, our health, or socio-economic reasons, according to various sources.

I’ve done some research on both sides of the argument to try and understand the different perspectives. I’ll give you a quick run-down of the most common criticisms of organic farming, and how proponents of organic farming respond to them.

1. Avoiding “Chemicals” is a close-minded way to approach agriculture

Organic farming relies mostly on naturally occurring biopesticides, with only a few synthetic (approved) pesticides in use. An example of a biopesticide is neem oil, which is extracted from a tree.

There is a belief that the organic approach is better because it uses less artificial chemicals. There is a strong emphasis on using fewer chemicals in organic agriculture.

This means that every substance is made up of atoms that are bonded together. This means that some biopesticides can be non-selective due to their chemical structure. In addition to killing pests that destroy crops, they can also kill or alter the behavior of other living beings that are within their range.

Some biopesticides have been banned by the USDA and the European Union due to health and environmental concerns.

For decades, Rotenone was widely used as an organic pesticide because it comes from nature. Although rotenone is dangerous, research has found that exposure to it causes Parkinson’s Disease-like symptoms in rats. It also has the potential to kill or damage many species, including humans, because of its acute toxicity.

2. Organic food is not necessarily better for our health

Even though organic food has less toxic substances, the level of pesticides allowed by the European Union for conventional agriculture is not harmful to our health.

Although organic products are typically free of pesticide residues, there are some exceptions. You can only improve organic foods with vitamins and minerals if it is legally required. Organic alternatives to cow’s milk may not be as nutritious as non-organic ones.

It remains unclear whether organic foods are actually any healthier than non-organic foods, as the scientific evidence is not very strong. More research is necessary to determine if organic foods play a role in health outcomes, or if other factors are at play.

Organic food consumption is often tied to healthier lifestyles and dietary practices, which may explain the lower levels of overweight and obesity in these people.

Small-scale farmers attempted to create this type of production in order to be more independent and receive better compensation for their work. Although it may appear that the stricter standards for organic certification would make it easier for small farmers to meet the requirements, the reality is that it makes it more difficult.

As the demand for organic products increases, large producers are able to sell them at a lower price due to their economies of scale. However, this benefits them more than small-scale organic farmers as they also receive greater farming subsidies from the government.

In addition, this contributes to lower benefits for small-scale farmers.

An obvious concern is that it is not worth the cost to buy organic food if it is not actually organic.

While we may not be able to know if what we are eating is truly organic since there is no way to tell by looking at it, there are some things we can do to reduce the chances of getting fraudulent organic food:

We need to put pressure on regulators to ensure that fraudulent organic foods do not enter the market.

Is organic food worth it?

To figure out if organic foods are worth the cost you need to consider a few things: