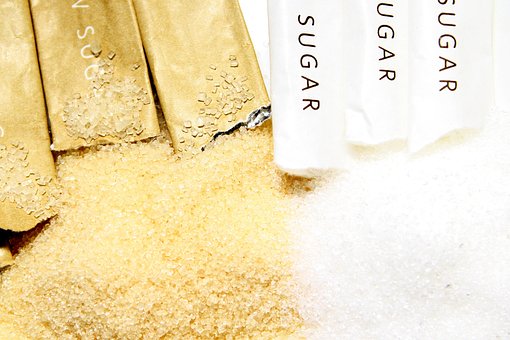 American consumers today have a multitude of options when it comes to choosing low- or no-calorie sweeteners to cut down on sugar and carbs. Some popular choices include aspartame, sucralose, and stevia.

For those who prefer natural products, honey and agave are not the only options. More and more products are being made with a plant-based sweetener called stevia.

Stevia is not a new substance, however. The indigenous peoples of South America were using it to sweeten foods and medicines even before the 16th century.

Although there are several species of stevia, Stevia rebaudiana is the most popular one. This is because it contains rebaudioside A—the sweetest component of the stevia leaf, 200–300 times sweeter than table sugar.

Most U.S. products that contain stevia today use a highly purified extract of rebaudioside A as a sweetener.

Stevia is relatively new in the United States, having only recently gained approval from the U.S. Food and Drug Administration. Some reports in 1991 suggested that it might cause cancer, but those were soon refuted.

The Dietary Supplement Health and Education Act passed in 1994, allowing stevia to be used as a dietary supplement, but not as a food additive.

The FDA approved the use of rebiana in 2008 after appeals from food manufacturers. Prakash et al. (2008) state that rebiana is “Generally Recognized as Safe.”

What are the benefits of stevia that are causing it to become more popular? How does it compare to other sweeteners in terms of healthy eating? Natural sweeteners are a hot topic these days. Here is a summary of the research on natural sweeteners and some guidelines to consider when discussing them with clients.

Stevia is a type of sweetener that is usually in powder or liquid form. It is made from dried stevia leaves. The word “stevia” refers to an entire plant, but only some of its parts are sweet. These parts must be extracted through a multi-step process.

There are many different types of stevia available, each processed differently and with different ingredients.

Several popular “natural” sweeteners are actually stevia blends, which are one of the most processed forms of stevia.

The sweeteners in Zero are made from rebaudioside A (Reb A), a type of stevia extract, maltodextrin, and erythritol.

To isolate Reb A, the leaves are soaked in water and passed through a filter with alcohol during processing. After the extract is taken out, it is dried, crystallized, and then combined with other sweeteners and fillers.

Reb A is available in both liquids and powders.

Pure stevia extracts are not combined with other sweeteners or sugar alcohols, but go through many of the same processing methods as stevia blends.

Meanwhile, green leaf stevia is the least processed form. This stevia is made from whole, dried leaves that have been ground into a powder. Green leaf product is considered to be the purest form, but it hasn’t been studied as thoroughly as pure extracts and Reb A. As such, research is lacking on its safety.

Stevia is a zero-calorie sweetener. Commercial varieties of stevia are often processed with other sweeteners.

Although some people with a green thumb may be able to grow stevia at home, it is more common for stevia leaves to be commercially prepared.

In both cases, the leaves are harvested and dried before being steeped in hot water. The dried plant material is rendered into a powder or liquid after undergoing several stages of filtration.

Green-leaf Stevia—which comes in powder form—is the least processed. This type of sweetener has been used in South America for centuries as a natural sweetener and health remedy. ScienceDirect (2019) report that green-leaf stevia is only about 10-15 times sweeter than sugar.

Purified stevia extracts are available in most grocery stores.  In order to be legally marketed as food, these extracts must contain 95% or more pure rebaudioside A glycosides and may not contain other forms of rebaudiosides or steviosides.

Sometimes other ingredients are added to stevia to make it taste better.

For example, brands such as Stevia in the Raw (developed by In the Raw), Truvia (developed jointly by The Coca-Cola Company and Cargill), and Pure Via (developed by Pepsico and Whole Earth Sweetener Co.) add dextrose and/or erythritol to their products.

Carbs, Calories, and the Glycemic Index

Animal studies have found that some artificial sweeteners, like aspartame and saccharin, might cause changes that make it more likely to get type 2 diabetes, be obese, or have cardiovascular disease. Stevia was not found to have any negative effects on glucose levels.

The effects of stevia on blood glucose and insulin levels have been studied in humans, and it has been shown to have beneficial effects.

Stevia can help to regulate blood sugar levels by reducing the amount of glucose in the blood and increasing the body’s tolerance to glucose.

Safety, Side Effects and Allergic Reactions of Stevia

No negative side effects of stevia were reported in safety studies.
The website of the International Stevia Council goes one step further, stating: “Based on the positive safety opinions of this sweetener, stevia leaf extracts are safe and harmless—like every other approved food”.  Still, as with any food, stevia can cause side effects, sensitivities or allergies in some people.
Safety Considerations

There is a lot of research being done on stevia and new information is constantly being discovered.

A 2016 study found that stevia had an effect on progesterone production in sperm, leading researchers to question its possible role as an endocrine disruptor.

If you are on prescription medicine or have a chronic health condition, you should talk to a doctor or registered dietitian before you change your diet.

Refined stevia extracts like Reb A are recognized as safe by the FDA and can be used in food products and marketed in the United States.

Whole-leaf varieties and raw stevia extracts cannot be used in food products in the United States because the Food and Drug Administration has not approved them due to a lack of research.

The FDA, SCF, and EFSA have all agreed that the maximum amount of steviol glycosides that a person can consume in a day is 1.8 mg per pound of body weight (4 mg per kg).

Stevia Use with Caution

Although stevia products are safe for many people, some research indicates that this zero-calorie sweetener may have different effects on certain people.

There are some groups of people who need to be more careful about what they eat because of health conditions or age.

If you have diabetes and are looking for a natural sugar alternative, stevia may be a good option. However, it is important to be aware of the different types of stevia available and to select the one that is best suited for your needs. Some research shows that stevia may help people with type 2 diabetes to control their blood sugar levels safely and effectively.

Aa study that showed that consuming a certain sweetener along with a meal led to greater decreases in blood sugar levels compared to a control group given an equal amount of corn starch.

An 8-week study in rats with diabetes found that stevia extract decreased blood sugar levels and hemoglobin A1C (a marker of long-term blood sugar control) by more than 5% compared to rats fed a control diet.

Remember that some stevia mixtures may contain other types of sweeteners, like dextrose and maltodextrin, which could raise blood sugar levels.

You can help keep your blood sugar levels normal if you have diabetes by using these products in moderation or choosing pure stevia extract.

So far, there is not a lot of evidence about whether or not stevia is safe to consume during pregnancy.

Animal studies suggest that this sweetener is not harmful to fertility or pregnancy outcomes when used in moderation.

Besides, different watchdogs think steviol glycosides are okay for grown-ups to have, even when they’re pregnant. There is still a lack of research regarding whole-leaf stevia and raw extracts.

The sugar-substitute Stevia could help reduce children’s sugar intake by being used as a replacement in recipes.

The AHA has found that increased consumption of sugar can lead to health problems in children, such as heart disease, by changing cholesterol and triglyceride levels, as well as increasing weight.

If you swap the sugar for stevia, it could reduce the risks. Sugar-like compounds found in the stevia plant, such as Reb A, have been approved by the U.S. Food and Drug Administration (FDA). However, it’s especially important to monitor intake in kids.

Since it is simpler for children to stay within the recommended daily amount of stevia, which is 1.8 mg per pound of body weight (4 mg per kg) for both kids and adults, this is why more parents are using it.

It is beneficial for children to consume less of foods that contain stevia or other sweeteners like sugar. This can help avoid potential problems and support overall health.

While Reb A is approved by the FDA, whole-leaf and raw extracts are not. Stevia may have different effects on different groups of people, including children, pregnant women, and people with diabetes.

Certain people may have a sensitivity or allergy to stevia, which can cause symptoms. People who are sensitive to sugar alcohols might have gastrointestinal symptoms such as gas, bloating, and diarrhea.

Although it is generally considered safe, stevia may cause adverse effects in some people.

An example of this would be if stevia, a zero-calorie sweetener, were to interfere with the concentrations of gut bacteria that are beneficial to things like disease prevention, digestion, and immunity.

A study of 893 people found that variations in gut bacteria could have a negative effect on body weight, triglycerides, and levels of HDL (good) cholesterol. These are all known risk factors for heart disease.

Some research suggests that stevia and other zero-calorie sweeteners could lead you to consume more calories throughout the day.

A review of seven studies discovered that routine consumption of zero-calorie sweeteners like stevia may contribute to increased body weight and waist circumference over time.

Additionally, certain products that contain stevia may also contain sugar alcohols like sorbitol and xylitol. Sugar alcohols are sweeteners that are sometimes associated with digestive issues in sensitive individuals.

The herb stevia may help to lower blood pressure and blood sugar levels, which could in turn affect the efficacy of medications used to treat these conditions. To get the most benefits, eat moderate amounts and cut back on how much you eat if you have any negative reactions.

Stevia may disrupt your levels of healthy gut bacteria. Evidence suggests that sleep deprivation could lead to increased food intake and body weight.

The stevia plant is part of the Asteraceae family, which also contains ragweed, goldenrod, and other plants that produce potent allergens.

However, there are few case studies of people being allergic to stevia from before 2008, when today’s highly purified forms hit the market.

Stevia is a natural sweetener that has been linked to numerous benefits, including lower blood sugar levels. Although products that have been refined are safe, there is a lack of research on products that are whole-leaf or raw.

Stevia is a sugar substitute that does not have the negative health effects of refined sugar.

There are several health benefits associated with stevia, such as reduced calorie intake, blood sugar levels, and risk of cavities.

Although stevia is generally considered safe, some people may be more sensitive to its effects and have concerns about its safety.

Stevia can be a great substitute for sugar, with few side effects when used in moderation. More research is needed on this sweetener.