Health Alert: Best And Worst Oils For Your Health 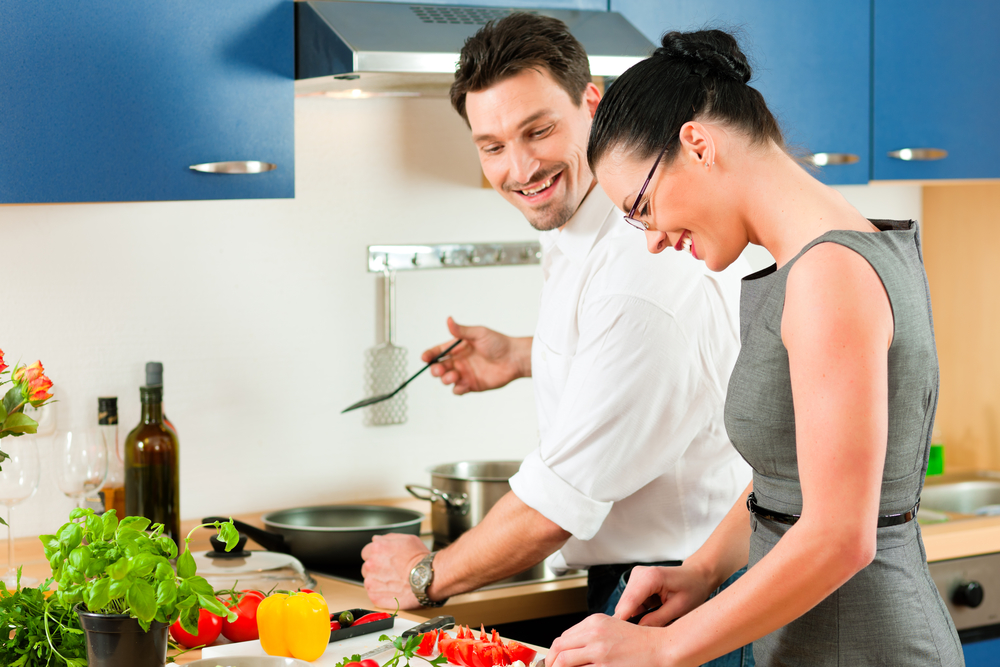 The majority of people use oils for cooking purposes on a daily basis. This is because they can be employed to make a variety of different dishes such as chicken, eggs, veggies, sauces, and some cereal meals.

What is often focused on is how to choose a healthy oil. The healthiness of an oil is not just determined by how it is when it is bought from a grocery store.

You should also think about whether the oil is still good to eat after you’ve heated it during cooking.

Each cooking oil has a different temperature at which it becomes unstable and starts to smoke. You should not use cooking oils to cook at temperatures above their smoke point because they will start to break down and release harmful chemicals.

When oil breaks down, it starts a chemical reaction that creates new substances, one of which is oxygen. Some chemicals can be harmful to your health, potentially causing damage to your cells that could lead to diseases.

Oils also release a substance called acrolein when they reach their smoke point, which can cause the food to taste burnt. Acrolein that is in the air may be harmful to your lungs.

The processing that a cooking oil has undergone is an important factor to consider in determining its quality.

Oils that have undergone minimal processing may contain sediment particles, have a cloudier appearance, and maintain more of their natural flavor and color, whereas highly refined oils have a uniform appearance and tend to be less expensive.

Unrefined oils have more nutrients, but they can’t handle heat as well and can go bad more quickly. This means that unrefined oils are better for cooking at high temperatures.

Some oils are extracted by pressings plants or seeds while others are refined using chemical solvents. Many consumers who are conscious about their health avoid oils that are chemically extracted, and prefer oils that are made by pressing, such as cold pressed olive oil.

When choosing an oil, be sure to consider the oil’s fatty acid composition. This can significantly influence their health effects.

The advantages and disadvantages of using refined and unrefined oils, as well as oils with different smoke points, need to be considered. Some vegetable and seed oils can promote good health by reducing inflammation, while others can do the opposite by causing inflammation.

Best Oils for Your Health

The smoke point of olive oil is 350°F, which is a common cooking temperature for many recipes.

Olive oil is the best oil for cooking because it is healthy and tastes good. This is largely because it’s versatile. This herb has a light peppery or grassy flavor that can be used for baking, sautéing, or in cold dressings.

Olive oil is rich in vitamins, especially vitamin E, which acts as an antioxidant. The main type of fat found in olive oil is called oleic acid, which research has shown may help kill breast cancer cells.

According to research, olive oil contains compounds that are good for heart health and may help prevent obesity, metabolic syndrome, and type 2 diabetes.

Olive oil is a good choice for cooking and baking because it has a moderate smoke point. It contains a high amount of antioxidants which could potentially help to prevent cancer, inflammation, and improve heart health.

The taste of this oil is similar to avocado, and it can be used in the same way as olive oil. It has a similar nutritional composition to that of olive oil, with a high percentage of the heart-healthy fat oleic acid.

There is evidence from animal studies that suggests that avocado oil may help to lower blood pressure, LDL cholesterol and triglyceride levels. High levels of these can increase the risk of developing heart disease.

Avocado oil has multiple benefits which include reducing pain from joint inflammation, enhancing the ability to absorb other nutrients, and protecting cells from damage caused by free radicals.

At both low and high temperatures, this foodstuff retains its nutritional value. The quality and nutritional content of avocado oil varies depending on the location of where the avocados were grown and the extraction method used.

Avocado oil is nutritionally similar to olive oil. It may have anti-inflammatory, antioxidant, and heart-health benefits. This oil is also good for high heat cooking methods like deep frying because it has a higher smoke point.

Sesame seeds contain high levels of the antioxidants sesamol and sesaminol, which may have various benefits, including protecting against certain diseases like Parkinson’s.

Sesame oil is a versatile cooking oil that can be used for sautéing, general-purpose cooking, and even as a salad dressing. The organic sunflower oil has a mild nutty flavor that can be a good addition to many stovetop dishes.

There is a difference between regular sesame oil and toasted sesame oil. The former has a more amplified nutty flavor, which makes it more suitable for cooking one rather than finishing a dish.

Sesame oil has many benefits, a medium-high smoke point, and a versatile, nutty flavor. Do not confuse toasted sesame oil with regular sesame oil, the former is better used as a finishing oil for dishes.

This oil has a neutral flavor that is good for marinades, sauces, dips, barbecuing, and frying.

Safflower oil is a good option for cooking because it has a high smoke point and neutral flavor. Additionally, safflower oil may have anti-inflammatory properties and be good for heart health and blood sugar management.

Grapeseed oil is healthier than other oils because it has less saturated fat and can withstand high temperatures without smoking. The mild, nutty flavor of tahini also works well in salad dressings or when drizzled over roasted vegetables.

The oils are similar in that they both contain omega-6 polyunsaturated fatty acids.

Walnut oil is a good choice for your health, and it is full of omega-3 fatty acids, which are mostly made up of alpha-linolenic acid.

Walnut oil is not refined and has a very low smoke point, so it should not be used for cooking. It is, however, delicious when used in salad dressings or drizzled over cooked vegetables.

Omega-3s have been linked to a lower risk of certain types of cancer, according to the MD Anderson Cancer Center. These fats, which your body cannot produce on its own, offer various benefits for your health.

The Arthritis Foundation suggests that flaxseed oil may help to reduce the symptoms of arthritis.

Another perk? Flaxseed oil contains omega-6 fatty acids, which are important for your health.

The AHA Journal Circulation published a study in May 2019 that found higher levels of omega-6 fatty acids were linked to lower odds of heart disease, stroke, and early death.

Although you may have been told that omega-6s are unhealthy, that is not the case according to Harvard Health Publishing. It is important to make sure you have a balance of omega-3s and omega-6s in your diet.

You should not heat this oil as it can disturb the fatty acid balance, according to research.

Oils to Limit or Avoid

This oil is controversial. Some people believe that not all types of saturated fat are equal.

The difference in fat found in coconut and the fat found in red meat is that the fat in coconut does not clog your arteries. This means that coconut oil is less likely to be stored as fat by the body.

Harvard Health Publishing states that coconut oil is often used in processed foods in place of partially hydrogenated oils. This is not necessarily a bad thing as coconut oil contains less saturated fat than butter and no trans fats.

The oil also has the potential to increase HDL cholesterol levels, although not every study has had the same conclusion.

Coconut oil is healthy in moderation and can be used for cooking or baking, but it should be part of a wider healthy diet.

Unhealthy trans fats in a person’s diet come primarily from partially hydrogenated oil, which is found in processed foods, according to the AHA. Producing these trans fats involves taking liquid vegetable oils and adding hydrogen to make them more solid.

In January 2020, all manufacturers will be required to remove trans fats from their products, as they have been deemed by the FDA to be detrimental to health. Partially hydrogenated oils should also be removed from one’s diet.

Although the United States allows companies to label a food as having 0 grams of trans fat if it contains less than 0.5 grams, this can be misleading as these small amounts can quickly add up.

If you want to know if a product contains partially hydrogenated vegetable oil, you can check the ingredient list.

Although palm oil is not the best oil to use when cooking, it is not the worst either. There are other oils with lower levels of saturated fat that you can use instead.

The American Diabetes Association (ADA) recommend that people with diabetes should avoid sources of saturated fat, such as palm oil, as they are at a higher risk of developing heart disease.

Palm oil production has been accused of causing deforestation and unfair working practices, according to the World Wildlife Fund.