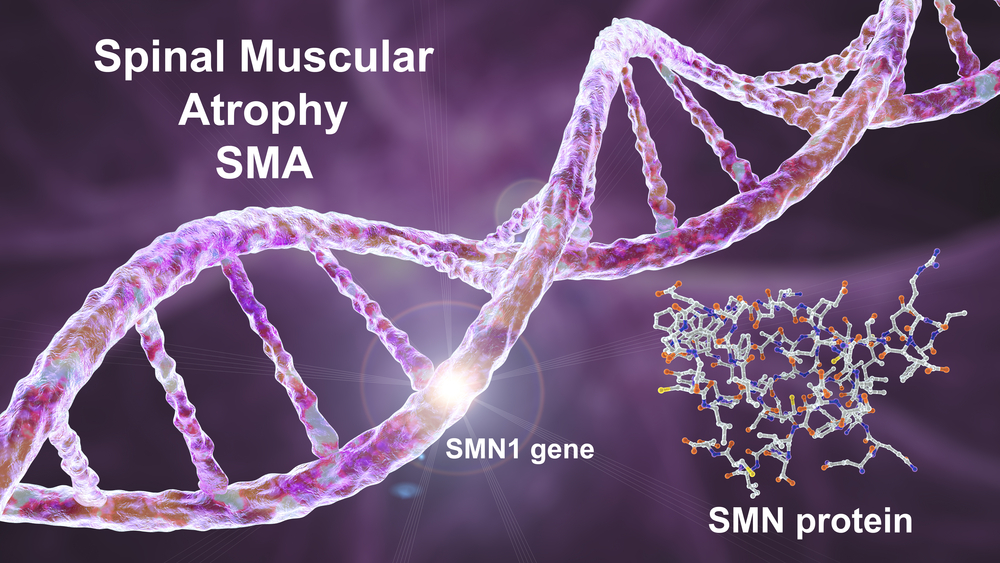 There are different types of SMA and the level of severity varies per type and per case.  There is no cure, but treatments have been shown to help improve some symptoms as well as lengthen the lifespan of the child with the disease.  A child gets SMA from receiving two copies of the mutated gene.  Carriers of the mutated gene do not develop SMA.  People with SMA have normal intelligence and depending on what type of SMA they have can go to school, make friends, and live a normal childhood.

Type 0 of SMA is the most severe, but it is also the rarest of the types.  It develops during pregnancy.  If a child has Type 0 SMA the fetal movements will be less than normal, the baby may be born with joint problems, weak muscle tone, weak breathing muscles, and have difficulty swallowing.  These babies who have this type of SMA usually do not survive.

Type 1 of SMA is the most common.  About 60% of all cases of SMA are type 1.  This can also be severe.  Symptoms can start between birth and six months of age.  Symptoms can include difficulty swallowing, difficulty sucking, trouble holding head up, trouble sitting on their own.  Type 1 SMA puts your child at risk of being more prone to respiratory infections, and collapsed lungs.  Because the muscles that control breathing get weaker in time, children with this type of SMA usually don’t live past their second birthday.

Type 2 of SMA develops between 6-18 months of age.  Symptoms can range from moderate to severe.  Some children may be able to sit on their own but will not be able to walk.  This type affects the legs more than the arms.  Children diagnosed with this type of SMA live into adulthood.

Type 4 starts in adulthood.  Symptoms include muscle weakness, twitching, and breathing problems.  You will have had mild symptoms throughout your entire life.  Upper arms and legs are mostly affected.  Usually can walk normally up into their 60’s.

Diagnosing SMA may be difficult.  It can look like many other conditions so your doctor will want to run a number of tests to rule out any other possible causes.

Your doctor may want to run a blood test.  This blood test will help see if there are high levels of creatine kinase.  This is an enzyme that is released into the bloodstream from deteriorating muscles.

Another test your doctor may want to do is a genetic test.  A genetic test will look for the mutated gene that causes SMA.

Your doctor may also want to conduct a nerve conduction test.  This test measures the electrical activity in the nerves to see if the brain is sending messages to the muscles appropriately.

A muscle biopsy may be done as well.  This is when your doctor will take a part of a muscle to see if there are any signs of atrophy, or loss of muscle mass.

If you are pregnant your doctor can perform an amniocentesis if SMA runs in your family to diagnose while pregnant.

There is no cure for SMA.  But there are treatments that can help symptoms, and increase lifespan.  Treatments depend on the type and the severity.  Many people with SMA benefit from physical and occupational therapy.  There are different types of gene therapy that are used for treatment and are approved by the FDA.  Devices such as back braces, crutches, walkers and wheelchairs may also be helpful.

Someone with Spinal muscular atrophy may be more prone to broken bones, hip dislocations, and scoliosis.  Malnutrition and eating problems are another complication with this disease, since swallowing can be hard for someone to do.  This may lead to needing a feeding pump.  This condition can also put you at higher risk for pneumonia, and other respiratory illnesses due to the weakened lungs and breathing muscles.  Depending on how weak the breathing muscles get, a ventilator may need to be hooked up to help breathe.

There is no cure for SMA, there is no way to prevent SMA unless you know you are a carrier of the gene mutation.  Since this is an inherited gene disorder that people usually don’t know they carry until they have a child with this gene it is hard to prevent.  Depending on what type of SMA and the severity your child has they can live a full life.  You will want to get a whole team of doctors to help with your child’s care and help you make decisions.

Many people with Spinal Muscular Atrophy benefit from occupational and physical therapy! Learn more about this genetic disorder. #HealthSurgeon

Creatine kinase is an enzyme that is released into the bloodstream from deteriorating muscles.