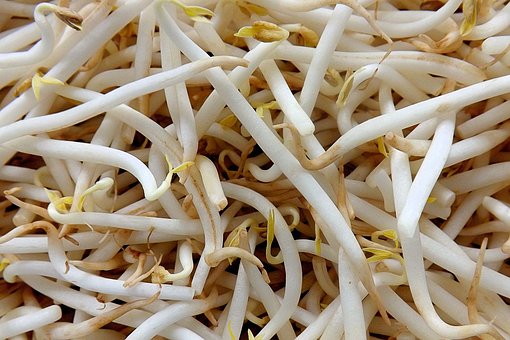 Grains are a controversial food in modern times, and perhaps with good reason. The food we have today is not the same as it was thousands, hundreds, or even 50 years ago.

While there are certainly reasons to avoid modern grains, there are also traditional preparation methods that help reduce the negative properties of grains and make them more accessible.

Soaking, sprouting, and fermenting are all traditional methods.

Are all grains bad?

Why have grains become so controversial? People from other countries (usually Asia and Italy) are able to eat them regularly while staying thin and living long lives.

There is divided opinions among health professionals on whether or not grains are healthy and necessary, with some following the Weston A. Price Foundation and others the Paleo/Primal/Low Carb group.

Different people have different opinions about which grains are healthy and how they should be prepared.

Although it is difficult to see from the outside, the amber waves of grain are protected by several mechanisms. The various properties of grains protect them in the plant world and allow them to produce seed.

Plants have a lot of features that help protect them, but they are more subtle than the features animals have.

Plants have less noticeable protective mechanisms than animals because they can’t fight or evade. Plants like poison ivy and poison oak have oils on their leaves that cause itchiness as a protective measure.

The protection for these crops comes from the fact that their seeds can pass through animals and come out the other side ready to grow.

Grains are able to pass through the digestive system without harming the plant due to the presence of gluten, other lectins, enzyme inhibitors, and phytic acid.

There are methods available that help make the nutrients in grains more available during digestion by breaking down the protective compounds.

Soaking, sprouting and fermenting grains helps reduce the harmful components in them.

Methods that rely on using an acidic medium in liquid to soak the grains, a constructive environment to soak them and let them sprout, or a process like sourdough fermentation to alter the chemical make-up of the grain are less likely to produce harmful toxins.

Many cultures have given up traditional methods of grain preparation in favor of modern convenience. Although it is more convenient, using newer methods to process grains may be causing micronutrient deficiencies.

Are these more nutrient-dense foods better for us than those that are simply ground into flour and baked?

The question is, do these methods reduce the harmful properties of modern grains enough to make them safe to consume.

There is no easy answer to the question of how to reduce the harmful properties of hybridized, highly sprayed, and highly processed modern grains. Even traditional methods may not be enough.

Adding fermentation to the mix reduces the harmful properties, but they are not completely rendered harmless.

If you avoid wheat for health reasons but still consume “gluten-free” foods, you may still have health problems because all grains contain anti-nutrients.

While wheat may be more dangerous for those with certain health issues, other modern grains are not harmless and many of them contain more simple starches than wheat.

Should we eat grains?

Though these methods of preparation improve the nutrient profile of grains, they are not as healthy as they used to be and should not be consumed in large amounts.

The nutritional value of many modern grains has been reduced due to hybridization which has increased yield.

Processed grains and flour contain chemicals that are sprayed on them before harvest. These chemicals cannot be removed by traditional methods of preparation.

If you’re going to eat grains, it’s best to use traditional methods of preparing them (preferably all three) and to grind your own flour from ancient grains that have been grown organically and not hybridized, for better nutrition.

Focusing on consuming more vegetables rather than traditionally prepared grains would be more beneficial in terms of nutrient intake.

It’s important to remember that all plants contain substances that can be harmful to humans. However, it’s usually easy to reduce these harmful properties by cooking the plants properly (for example, by cooking cruciferous vegetables like broccoli and cauliflower, or by peeling and cooking sweet potatoes).

The Benefits of Sprouting

The extra defenses that Mother Nature gives seeds discourages birds and animals (including humans) from snacking on them, and ensures that some seeds survive to become next season’s plants.

Those defenses—compounds like phytates, trypsin inhibitors, tannins, and (in some seeds) saponins—are not just bitter. Whole grains are difficult for humans to digest without extensive grinding or cooking due to the presence of antinutrients.

Whole grains contain a lot of nutrients that we cannot access if we do not eat them.

Whole grains contain antinutrients that can prevent your body from absorbing vitamins and minerals. Sprouting breaks down these antinutrients, making it easier for your body to absorb nutrients like zinc, iron, magnesium, phosphorous, and B vitamins.

Sprouting also has the effect of increasing the amount of certain nutrients in whole grains, including vitamins C and E, beta carotene, and polyphenol content.

An important note:  The amount of vitamins and antioxidants present in a grain is largely dependent on the type of grain, as well as how long it has been sprouted.

The longer a grain is sprouted, the more nutrients it contains. However, some nutrients decrease significantly after a certain point.

2. Sprouted grains are easier to digest

Why? Sprouting activates endogenous enzymes that are dormant in unsprouted grains and seeds.

Enzymes like amylase and protease are activated during sprouting and change the structure of starch and protein molecules into simpler forms like oligosaccharides and peptides respectively.

Endogenous enzymes work together to make starches and proteins in whole wheat easier to digest.

Sprouted grains may be easier to digest for some people because the sprouting process reduces the amount of gluten in wheat.

This reduced gluten does not make sprouted wheat safe for those with celiac disease—because the gluten in sprouted wheat is still relatively high—but it may explain why some people have a more positive experience with products made from sprouted grains.

Sprouting increases the amount of fiber and also changes the ratio of soluble to insoluble fiber.

The prebiotic properties of the fiber in sprouted whole grain wheat may improve digestion by supporting the friendly bacteria in your digestive system.

Whole grains that have been sprouted are not only good for your nutritional and digestive health, but they have other benefits as well.

Breads and baked goods made from sprouted grains and sprouted whole grain flours taste better than those made from conventional, unsprouted flour because they caramelize better. This results in a deeper flavor and nicer looking crusts and cookies.

The bitterness of tannins, saponins, and other antinutrients in grains can be reduced by sprouting. Sprouted grains and seeds have a more complex flavor profile than their unsprouted counterparts because they contain more natural compounds like flavonoids and phenols.

The enzymes that occur naturally within the grains and seeds break down the proteins, starches, and fiber as they sprout, making them more tender in the process.

The Bottom Line:  Sprouting brings out the best in your grains!

What changes occur during sprouting and to what degree those changes take place depend on the type of grain, the growing conditions, and how long it is left to germinate.

Scientists have found that sprouting some whole grains makes them healthier.