Ways In Getting Energy And Happiness Back 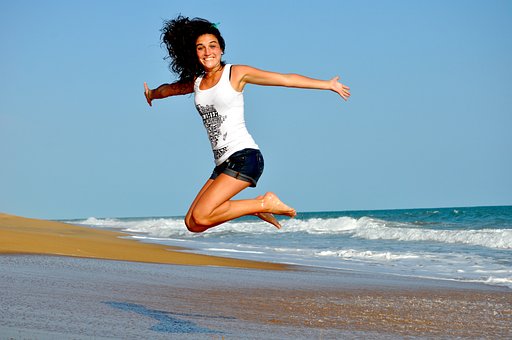 What are some things that you think of when you hear the word “energy?” Perhaps having an active lifestyle , feeling joyful, having a sense of ease, and feeling like everything is going smoothly.

Perhaps, high performance and productivity too. No matter your definition, energy is something you would likely want to have on a daily basis. How to get your energy back?

If you are feeling stressed or overwhelmed and want to get your energy back, there are some things you can do. You want to feel in the flow, where everything is easy. In addition, you likely feel that energy will also make you happy – that’s an added benefit, correct?

If you have energy, it is easier to be motivated, manage your emotions, and be fully focused. Energy is a fundamental pillar for high performance.

The Myths Around Energy

While you may be thinking about ways to increase your energy levels, you may be considering some options that are not helpful.

Getting Your Energy Back Physically

Physically, your energy is easy to rebalance. There are four ways to get your energy back on a physical level: improving your nutrition, exercising, sleeping, and taking time out.

Nutrition matters for energy because the food you eat either gives you energy or drains your energy. How does this work?

All foods provide some level of micronutrients, minerals, vitamins, and macronutrients, but some foods are much higher in these nutrients than others. Some foods also contain high levels of fat and sugar, which require your body to do extra work to process.

To improve your mood, start by improving your diet. Eat foods that will give your body energy instead of just pleasure.

Sleep is something that affects every aspect of our lives, from our emotions to our productivity, our relationships, and our concentration.

There is no way that sleep can be bypassed. Lack of sleep will make you feel tired and will impact your energy levels. It is essential to make sleep a priority if you want to have high energy.

Exercise is a keystone habit. It supports you in building other healthy habits. Regular exercise can help improve your focus during the day and improve your sleep at night.

There are a few things you can do to relax. You can take a break during the day, disconnect from technology, or go for a walk. You’re not meant to be ‘on’ all day – you need some time for yourself! Have a walk every lunch break for instance!

Getting Your Energy Back Mentally

Right, let’s dive into the core of the matter. You’ve likely heard many times that getting enough sleep, eating a nutritious diet, and being physically active can help boost your energy. But how about how to your energy back mentally? I’ve spoken about the myths surrounding energy levels before, and how often we believe that energy is purely physical. However, a lot of our energy also comes from our mental state!

There are a few ways to improve your mental state.

Start to Notice Your Thoughts

If you’re always feeling like you’re not good enough, that’ll take a toll on your energy. Changing your perspective on yourself, your work, and the world can make you feel happier and more energetic. If you need help with this, you should consult a coach or therapist.

Be Mindful of Your Environment

Work n Your Zone of Genius

Notifications, scrolling through news and social media, and other things can make your life and mind feel very overwhelming. If you get rid of the noise, you’ll be able to think more clearly and positively.

Doing too many things at once is overwhelming for your mind- it may feel enjoyable in the moment, but your brain doesn’t like it!

Strike up a conversation with friends, family members, even strangers.

If you need another excuse to have a wine and cheese party with your girlfriends, experts say that you’ll be happier when you connect with other people.

The best way to increase your positive emotions, no matter your personality type, is to interact with others.

A Harvard study mentioned found that having strong personal connections with other people was most directly correlated to overall happiness, better health, and more contentment.

This phenomenon is referred to as the “ripple effect” and it applies to both positive and negative emotions. If you associate with happy people, the ripple effect suggests you’re more likely to be happy yourself.

(Need some help expanding your social circle? Here’s some great advice for how to make new friends as an adult.)

While close friends are the most obvious source of social connections, even people you don’t know well, like the person at the dog park or the cashier at the grocery store, can make you feel better.

In a 2014 study published in Social Psychological and Personality Science, Dunn and her colleague found that participants who made friendly small talk with the barista at a local coffee shop reported greater satisfaction with their purchase than those who simply got in and got out.

The researchers found that people who had a real social interaction felt happier and more socially connected.

What brings you joy? The question is simple, but have you given it serious consideration?

Focusing on what brings joy into your life can aid in setting priorities and valuing your time appropriately.

Often, the best way to think about what might make us happy is to remember times when we were happy before, says Laurie Santos, PhD, professor of psychology at Yale University. “Who were we with? What were we doing? What can we do to recapture the moments that brought us happiness?

Here is an easy idea:  Purchase a digital picture frame and load it up with happy moments.  These photos will remind you of good times and happy memories and help you stay focused on the positive.

Give a Little Bit

The reason the adage “it’s better to give than to receive” has been around for so long is because it’s true. It’s actually true, especially in regards to cultivating joy.

Dunn and her colleagues looked at surveys from 200,000 adults globally and found that people who gave money to charity were happier than those who didn’t, even after taking their own financial situations into account.

A 2006 study by the National Institutes of Health showed that giving to charity activates regions of the brain associated with pleasure, social connection, and trust. This may be part of the reason why giving to charity is so rewarding.

If you don’t have a lot of money, giving some of it away will make you just as happy as if you gave away a lot. In one study, Dunn and her colleagues gave students at the University of British Columbia envelopes of money.

The people who received the money were told that they should spend it by the end of the day, either on themselves or on other people. People who spent money on themselves did not report feeling happier in the evening.

Dunn’s colleague, Michael Norton, told The Harvard Gazette. But people who spent it on others were. It doesn’t matter if you have five or twenty dollars.

People gain a greater sense of satisfaction from giving when they can see the effects of their generosity and feel a connection to the recipients.

You can benefit in the same ways by doing something nice for a person in need, even if it’s just a phone call to check in.

You can increase your levels of joy by donating to meaningful organizations and causes.

Lyubomirsky and her colleagues asked college students to perform five acts of kindness per week over the course of six weeks in a study published in the Review of General Psychology.

Some students had to complete all five acts in one day, while others had to do it over the course of a week. The study found that when people did three to five acts of kindness, they were significantly happier.

It does not need to be a big gesture. Almost any act, no matter how small, can be considered an act of kindness. Something as simple as giving a ride to a friend or letting someone else go in front of you at the grocery store can make someone’s day.

Nurture your body with sleep, good food, exercise, take a time out and learn to handle mental stress to get your energy & happiness back.

Eat a diet that is healthy and nutritious.

Making good choices at every meal and making sure you get adequate nutrition will help your body have the energy it needs to handle whatever life throws at you.

Get good sleep every night.

Your body requires 7 or more hours of quality sleep every night.  Good sleep allows your body to recover and your mind to relax and is important physically and emotionally.  Studies show that going to bed around the same time every night and getting up close to the same time every morning promotes healthy sleep.

Get some exercise every day.

If you don’t have time for a gym workout, put on some music and dance.  Physical activity helps tire muscles and helps maintain muscle strength.  Exercise also releases endorphins which help our moods to feel good.

Shift your thoughts and emotions.

Work on your thoughts and master your emotions. Notice, acknowledge and work through your emotions. Self-leadership is a great way to manage your thinking and emotions, and can have a big impact on your energy levels!

Be mindful and present.

Focus on doing one thing at a time, be aware of your surroundings, and stay in the moment. This will reduce the noise, and eliminate many worries about the future.

If you are present, you will be able to understand what you need more clearly. Presence and equanimity will radically change your energy!

Remember to have fun!

Finally, if you’re not feeling energetic, it could be because you’re not taking time for activities you enjoy, like spending time with loved ones or pursuing a hobby. To have more motivation and ease in your life, reconnect with these elements. If you want to regain your energy, you need to take a close look at how you’re using it and make some changes.

READ MORE:  19 Ways To Get Inner Peace and Happiness