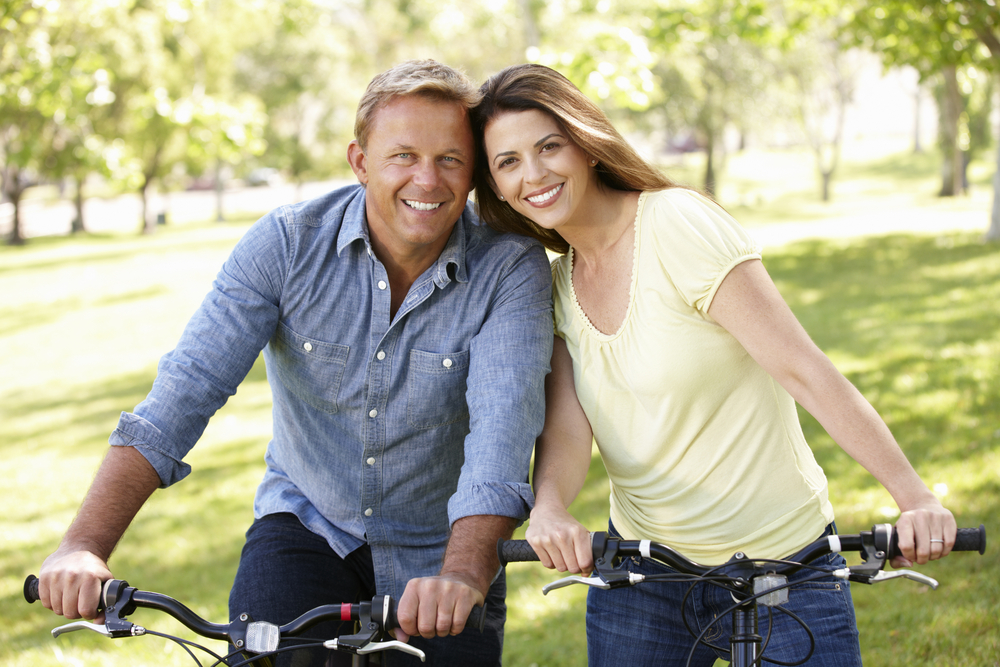 Krill oil is a great source of healthy omega-3 fatty acids and often used for the same reasons people use fish oil.

There is medical evidence to suggest that krill oil may help to lower levels of ‘bad’ cholesterol. This supplement may also help to reduce joint pain and inflammation.

Krill oil is not as widely available as fish oil, but can be found in many health food stores or online. It is mostly sold in capsules, but sometimes can be found in liquid form. Here’s everything you need to know about krill oil in order to determine if it’s something you want to add to your daily routine.

There are small, shrimp-like creatures found in almost every ocean in the world. These creatures are called krill. Crustaceans are a type of animal that includes shrimp, crabs, lobsters, crayfish, and barnacles. They are all related to each other.

The word “krill” is Norwegian for “small fry of fish,” and krill are in fact small. The largest krill is only around 2 inches long. Many animals feed on krill, including fish, whales, penguins, and other sea birds, as well as seals.

The majority of krill that is used for commercial fishing is sourced from Antarctica and the north Pacific, with Japan being the leading harvester of this species.

To create krill oil, manufacturers usually cook the krill before extracting the oil by pressing it. Krill oil can be extracted from harvested krill via centrifuges. Sometimes the fish are processed for oil on board the fishing vessel or on land. Some manufacturers use chemical solvents to separate the oil from the krill.

Since krill oil is a type of fish oil, it contains high levels of omega-3 fatty acids, like other fish oils.

Krill oil is taken to supplement omega-3 fatty acids, which are beneficial to health and are found in fish as well as some plant products, such as flaxseed.

EPA (eicosapentaenoic acid) and DHA (docosahexaenoic acid) are long-chain omega-3 polyunsaturated fatty acids that are abundant in fish, shellfish, and some algae. EPA and DHA are both important for different body systems, including the brain, eyes, cardiovascular system, and immune system. Your body does not produce a lot of either EPA or DHA, so it is important to get them from your diet.

Krill oil is a new addition to the supplements industry in comparison to fish oil, which has been around for a much longer time. Even though krill oil is new, researchers have studied its potential health effects and benefits closely.

Krill oil has the potential to offer several specific health benefits, which is backed up by research when compared to fish oil.

Krill oil, which contains the powerful antioxidant astaxanthin and omega 3 fatty acids, can reduce the effects of aging on your skin. Excessive free radicals can break down the body’s tissue, but astaxanthin can help reduce the damage they cause.

DHA has been shown to mimic the effects of drugs like Prozac by increasing levels of dopamine and serotonin, which help to alleviate depression and promote a positive mood. The EPA found in fish oil has been shown to help reduce inflammation in the brain and treat depression.

Studies have shown that the antioxidant astaxanthin has a neuroprotective effect that may improve spatial memory and protect against the aging process.

In the Framingham Heart Study, 57 years’ worth of data was collected on 5,209 adults from Framingham, MA. The study found that only 2.5 servings of fish per week was associated with a 50% reduced risk of dementia.

The study suggests that preventative treatments are key to maintaining brain and heart health, especially when it comes to nutrition. A daily supplement of Krill Oil can improve overall health in the long run, help preserve brain function, and protect against the aging process.

A recent study found that astaxanthin may help reduce muscle damage. Other research has found that Astaxanthin can improve time trial performance and power output in competitive cyclists, as well as increase strength and endurance.

Signaling through mTOR is activated by amino acids, insulin, and growth factors, and impaired by nutrient or energy deficiency. The mTOR protein regulates many components of protein synthesis and can thereby increase lean muscle mass.

In a study where neither the participants nor the researchers knew who was taking the krill oil or the placebo, resistance-trained subjects consumed either 3g of krill oil daily or a placebo. The study lasted 8 weeks, and included a resistance training program. At the end of weeks 0 and 8, body composition, maximal strength, peak power, and rate of perceived recovery were all assessed together.

The comprehensive metabolic panel, complete blood count, and urine analysis were all measured before and after the testing to track any changes in cognitive performance.

Krill oil had a significant impact on mTOR signaling when compared to the control. Krill oil significantly increased lean body mass from baseline, but there were no differences for markers on the CMP, CBC, or UA.

Many studies have found that eating fish regularly can help protect against heart disease. This is primarily due to the fact that fish can help lower levels of bad cholesterol in the blood, as well as reducing inflammation. The researchers have been trying to find out if krill oil supplements would have the same effect.

There is a study that suggests krill oil can help reduce cholesterol and triglycerides, however more research is needed to confirm these effects.

Including omega-3 fatty acids in your diet may help to lower inflammation in the body, and may be especially beneficial for people who suffer from arthritis. Studies have shown that people who eat a lot of fish tend to be happier, and scientists are now investigating whether krill oil might have the same effect.

Other studies of krill oil and omega-3 fatty acids have been conducted on both animals and people, which have shown some positive impacts on indicators of inflammation.

Inflammation levels that are reduced may have a positive impact that reaches beyond just your joints; it could also help lower your chances of developing serious diseases. These include heart disease, cancer, autoimmune disorders, and depression.

A study published in the journal Alternative Medicine Review found that krill oil may be more effective than fish oil at improving certain health markers in women. The study looked at 70 women who took either krill oil or fish oil for three months. The data showed that krill oil was effective in reducing period pain for women. Women who took krill oil were less likely to need over-the-counter medicines like ibuprofen and acetaminophen.

The questionnaires used to measure PMS symptoms showed an improvement in the group of women taking krill oil.

The companies that sell krill oil claim that it has many advantages over fish oil. Krill oil may be more bioavailable, meaning your body can more easily use it.

Some people believe that krill oil is more effective than other types of fish oil because it is higher in astaxanthin, an antioxidant compound. Astaxanthin is thought to help protect the body from toxins found in food and the environment.

Krill oil contains more astaxanthin, a compound that gives krill, shrimp, and salmon their red coloring, than fish oil does.

Research shows that krill oil is better for your heart than fish oil.

In a 12-week trial where patients were chosen at random to receive either krill oil (low dose/high dose), fish oil, or placebo, it was shown that krill oil was effective in mild-high cholesterol patients. Each group included 30 patients, with no cross-over. The results, were astounding.

Both groups that took krill oil saw improvements in all lipid parameters, compared to either fish oil or taking no oil.

Both krill oil groups saw a decrease in total cholesterol of 13%-18%, which was greater than the decrease of 6% seen in the fish oil group and the 9% increase seen in the placebo group (all P values < .001 compared to baseline).

Krill oil was much more effective than fish oil or placebo in lowering LDL-C levels.

Patients who were taking a low dose of krill oil continued taking it for another 12 weeks.

Some patients had to lower their maintenance dose of the medication to 500mg in order to see the same results, while others saw results improve.

Krill oil is more environmentally friendly than other omega-3 supplements because it is made from krill, which are small shrimp-like creatures that are part of the food chain. Krill are not endangered, so taking krill oil as a supplement does not put them at risk.

Krill are tiny shrimp-like crustaceans that measure between 1-6cm in length and are found in deep, clean waters. They primarily feed on phytoplankton and zooplankton.

Krill have a shorter lifespan than fish, so they don’t have time to build up high levels of toxins like heavy metals and pesticides.

The Commission for the Conservation of Antarctic Marine Living Resources set a limit of 5.6-million tons of krill in 2008 as a precautionary measure.

The annual catch of krill only measures 0.3% of the school’s total population. The harvesting of krill for krill oil production will not have a negative impact on the long-term marine ecosystem.

You can take a krill oil supplement every day to get more omega-3 fatty acids, which are essential. The recommended effective clinical dose of Omega-3 by the American Heart Association is 1-2g per day.

Studies have revealed that consuming 500mg to 1.5g of this substance per day can help to reduce inflammation, promote heart health, and improve performance.

Many krill oil supplements contain 500mg, which is more easily absorbed than fish oil. Krill oil can reduce the amount of fish oil you need to take by 30%.

You should talk to your doctor before you take krill oil supplements, especially if you’re pregnant, breastfeeding, or taking blood thinners. The most common side effects associated with krill oil are mild, such as an upset stomach, nausea, or headache.

Krill oil can improve your mood, mental clarity, joint health, heart health and performance. It is typically best to take Krill Oil after you wake up, so that your body can improve and optimize performance.