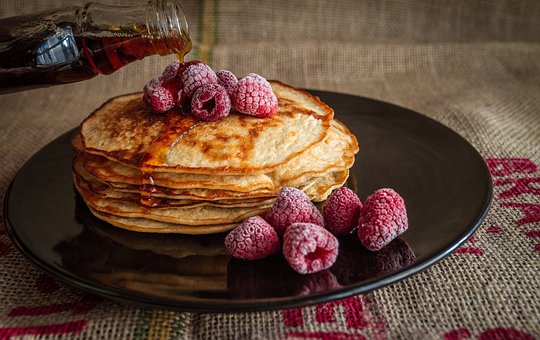 What is vanilla extract?

This process takes several months. Vanilla extract is made by soaking whole vanilla beans in vodka for several months. The rich flavor of the extract comes from the seeds within the pods, which contain a component called vanillin.

It has an intense, sweet, aromatic flavor and is a common ingredient used in baking.

Vanilla extract is often made with alcohol, but there are options available without alcohol if that is what you are looking for. If you have run out of vanilla extract, there are substitutes you can use.

This guide will help you find the right replacement for vanilla extract, depending on what you need it for.

If you have vanilla beans on hand, this might be the best vanilla extract substitute you can use since it has the exact same flavor as vanilla extract and won’t change the intended flavor of your recipe.

You can use the same amount of vanilla bean paste as you would vanilla extract.

If a recipe calls for one teaspoon of vanilla extract, use the seeds from half of a vanilla bean.

Use 1/2 strength of vanilla powder for whatever the recipe calls for vanilla extract.

Vanilla powder, while not as good as vanilla extract, is derived from vanilla beans and is thus a decent substitute.

Maple syrup is a great substitute for vanilla extract. Maple syrup can be used as a vanilla (1:1 replacement).

Reducing the amount of sugar in your recipe may be necessary to balance the sweetness since maple syrup has a sweet flavor while vanilla extract does not. If you want a healthier option that still has a sweet taste, try maple extract. It has a fraction of the sugar that maple syrup has.

Honey can be substituted for vanilla in a 1:1 ratio.  If you use honey instead of sugar, you will have to reduce the amount of sweetness in your recipe.

Replacements for vanilla extract that have a slightly sweet aftertaste include rum, brandy, and bourbon.

Another plus of alcohol is that it doesn’t spoil, so you can keep vanilla-flavored liqueur in your liquor cabinet. It has a similar flavor profile to vanilla extract, which is often used in baking recipes. You can also use it as a 1:1 substitute.

Bourbon actually has a flavor complex similar to vanilla. They’re both complex, smoky, and strong. This could be used as a replacement for recipes that call for lots of sugar, like pecan pie, chocolate cake, ginger, or molasses cookies. If the recipe calls for 1 ounce of bourbon, use 2 ounces instead.

Although it is sweet, brandy can be used to flavor recipes with more savory ingredients such as banana or pumpkin. Like bourbon, use a 2:1 ratio.

If you want to add a richer flavor to your baking, you can use rum instead of vanilla extract. Use 2 parts rum for every 1 part vanilla extract. This is a great choice for chocolate based desserts!

If you have almond extract on hand, you can use it as a replacement for vanilla extract. Adding almond extract will give your baking recipes a nice flavor. The extract won’t provide a vanilla flavor to your sweet recipes, but it will give them a slight nutty flavor. Adding this ingredient really enhances the flavor of the dish.

Who would have thought that plant based milk with vanilla flavoring makes an excellent vanilla extract alternative! You can replace vanilla extract with unsweetened vanilla almond milk, soy milk, or oat milk.

Use milk as a one-to-one substitution for vanilla extract.

I’ve never tried making baked goods with vanilla milk, but I imagine it would work just as well as regular milk. If you are preparing a milkshake or smoothie that requires vanilla extract, you can use vanilla flavored milk or even vanilla ice cream as a substitute.

This vanilla substitute is best used in chocolate recipes as it enhances the flavor of the chocolate. It would also work in savory dishes. If you’re looking to add a little salt to your dish, a pinch should do the trick. You don’t need to add an equal amount of salt, just a pinch. A little goes a long way!

Try sweet spices like cinnamon, cardamom, or nutmeg. Pumpkin pie spice would probably also work. Alternatively, add some lemon, lime or orange zest! You only need a little bit here – try using a pinch or two and that would be sufficient.

Let the mixture cool and taste for flavor. If you find the vanilla too strong, add some milk until you get the flavor you want. After cooking the beans, remove them from the pot and set them aside to use later. Pour the mixture into a container and refrigerate it until you are ready to use it. Substitute at a 1:1 ratio.

One of the most common substitutes for sugar is vanilla sugar. Some people even put it in their coffee for an extra decadent treat.

If you use vanilla sugar instead of vanilla extract, you should use less sugar overall and use three times the amount of extract that the recipe calls for.

For example, if a recipe calls for 1 teaspoon of vanilla extract, you should use 3 teaspoons of vanilla sugar. If you have any leftover vanilla bean pods, you can place them in your sugar jar to give your baking an extra special flavor.

If you have other flavored extracts, you can substitute them for the extract called for in the recipe, using a 1:1 ratio. Choose an extract flavor that will complement the recipe you are making.

If you don’t mind the citrus flavor in your finished product, you can replace the vanilla extract with citrus zest.

You can use vanilla ice cream as a source of delicious vanilla flavor in another frozen recipe like frozen yogurt, milkshakes, floats, or smoothies.

If you’re looking to add a little something extra to your baking, vanilla ice cream can be your go-to ingredient. For example, you can use it to turn a basic recipe like blueberry muffins into a 3-ingredient recipe (or 4, or 5).

If you use milk in the recipe, it will make it creamy and lactose intolerant people should be aware of that.

Many spices are commonly used in dessert recipes. The use of vanilla extract is to add flavor, but other ingredients can have the same effect.

Which of these spices do you like? All are fine options! Try using spices like nutmeg, allspice, ginger, and cinnamon to flavor your dessert, and if the recipe is missing a wet ingredient, try adding another liquid.

It works for coffee, right?! However, you should reduce the amount of sugar in the recipe when using flavored syrups because they are generally very sweet.

This substitute will not work as well in recipes that need to be baked since the final product will be wetter.

Wondering what to use in some specific baked goods? The following are the details and specifics for cookies, French toast, frosting, brownies, and banana bread.

You can use maple syrup, honey, almond extract, vanilla essence, vanilla powder, vanilla sugar, or alcohol like bourbon instead of cookies.

If you do not have any of the aforementioned options, you can forego adding vanilla extract or any substitutes to your cookies; the chocolate chip flavor is what the cookies are all about, after all.

Be aware that some of the ingredients you mentioned, like almond extract, honey, maple syrup, and alcohol, will change the final taste.

I prefer to skip the vanilla and use cinnamon.

In place of vanilla extract, you can use another flavoring depending on what you are frosting and what flavor you want to create.

If you’re looking for a different flavor, you could try an extract like almond, peppermint, or lemon. Or, you could switch to using an alcohol like bourbon. Add flavors that compliment the taste of what you are frosting, such as orange or lemon juice, espresso, coffee liquor, etc.

Vanilla extract will make the chocolate flavor in your brownies more pronounced, but feel free to experiment with other substitutes.

It is better to use brandy instead of vanilla extract when making banana bread because brandy tastes good with bananas. If you want your dish to be rich and delicious, use twice as much brandy as the recipe calls for.

Clear vanilla is a synthetic flavor that is a clear liquid. If you want to keep the color of your recipe light, use a clear vanilla flavored syrup, vanilla sugar, or a vanilla powder that is light in color.

Dry vanilla refers to either vanilla powder or ground up beans. If you need vanilla flavoring without the liquid, you can use vanilla powder, vanilla sugar, or a different spice like cinnamon, nutmeg, pumpkin pie spice, clove, or chai spice mix instead, depending on the flavor you want.

When making your own vanilla extract, you can use vodka or another alcohol as a solvent to help extract flavor from the vanilla beans.