12 Foods That Cause Bloating 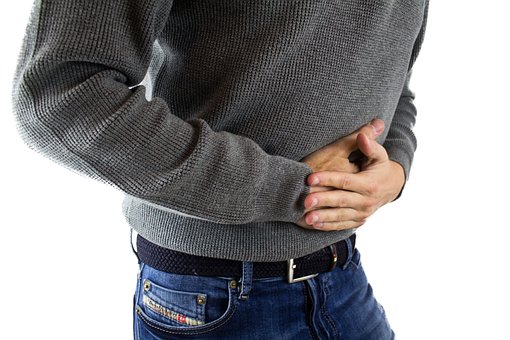 Around 13 percent of people in the US experience bloating. Frequent bloating is often caused by diet. The stomach becomes swollen and uncomfortable after eating. Though it is not often an indication of a serious medical problem, it can still lead to pain and discomfort.

The following is a list of 10 foods that are known to cause bloating. We also provide suggestions for alternative dietary options that will not have this effect.

Beans have a high fiber content and contain sugars that the body can find difficult to break down.

Beans are a great source of protein, carbohydrate, fiber, and vitamins and minerals. Beans may cause bloating because of their high fiber content and because they contain oligosaccharides. Oligosaccharides are sugars that the body may have difficulty breaking down.

People can opt for beans that are easier to digest, including adzuki and mung beans, or they can try using alternatives, such as:

Soaking beans before cooking them can help reduce the amount of gas they produce during digestion. Eat beans every day in small amounts to get rid of discomfort and flatulence. This will also help build good gut bacteria.

The study found that most of the participants who ate beans daily for 8–12 weeks noticed a reduction in their digestive symptoms across that period.

The gas goes to the stomach and intestines, causing bloating. Drinking too much of these drinks can also lead to other health problems. Sodas contribute to obesity and increase the risk of diabetes, according to a study published in the American Journal of Public Health.

Alternatives that are more healthful and will not cause bloating include:

Selecting these healthy items can help reduce bloating and promote weight loss. You should make sure that your substitute drinks don’t have a lot of sugar in them.

Some people may experience bloating, gas, stomach pain, and diarrhea as a result of the protein gluten found in wheat. Bread, pasta, and many baked goods contain gluten.

Wheat has been highly controversial in the past few years. The main reason for this is that it contains a protein called gluten. Despite the controversy, wheat is still very widely consumed. Flour is an ingredient in many different types of food, such as bread, pasta, tortillas, pizzas, cakes, biscuits, pancakes, and waffles.

For people with celiac disease or gluten sensitivity, wheat can cause serious digestive problems including bloating, gas, diarrhea, and stomach pain.

Some people may experience digestive problems when consuming wheat due to the presence of FODMAPs.

There are many gluten-free grains that can be used as an alternative to wheat, such as certified gluten-free oats, quinoa, buckwheat, almond flour, and coconut flour. This article lists several alternatives to conventional wheat bread.

Some people have a sensitivity to gluten, which is a protein found in wheat. This sensitivity can be due to celiac disease, an autoimmune disorder that affects about 1 percent of the American population. A report in the World Journal of Gastroenterology suggests that up to 6 percent of the population might be affected by non-celiac gluten sensitivity.

Alternatives to wheat that may not cause bloating include:

Replacing rye and barley with oat-based foods may reduce bloating. Rye, which is related to wheat, and barley are both cereal grains.

Both grains are nutritious, rich in fiber, and full of vitamins and minerals. The high fiber and gluten content in can cause bloating in some people.

Rye and barley can be replaced with other grains such as oats and brown rice, or with gluten-free cereals. farmers could also plant pseudocereals like buckwheat or quinoa.

Pseudocereals are small, grain-like seeds from plants that are not grasses, which people can eat in the same way as regular cereals. Pseudocereals are a more nutritious option than conventional cereals, as they contain more protein and dietary fiber.

Rye is a cereal grain that is in the same family as wheat. It is a very nutritious food and an excellent source of fiber, manganese, phosphorus, copper, and B vitamins. Rye contains gluten, which can cause problems for people who are sensitive or intolerant to it.

Rye may cause bloating in sensitive individuals because it is high in fiber and gluten. You might want to try eating smaller amounts of food or choosing different kinds of grains, like oats, brown rice, buckwheat, or quinoa.

Barley is a commonly consumed cereal grain. It is very nutritious, as it is rich in fiber and contains high amounts of vitamins and minerals.

Whole grain barley’s high fiber content might cause bloating in people who don’t usually eat much fiber. Furthermore, barley contains gluten. People who are intolerant to gluten may have problems with this.

If you have trouble digesting barley, you may be able to eat refined barley or barley that has been processed into pearls or scotch. You can replace barley with other grains like oats, brown rice, quinoa, or buckwheat.

The fructans in onions may cause bloating. Fructans are a type of carbohydrate that occur in garlic, leek, agave, wheat, and many other foods that can cause gas. Small quantities of onions and garlic can still cause bloating and other digestive issues.

If you are allergic to garlic or onions, you are more likely to experience bloating, belching, and gas after consuming them.

You can use celery, collard greens, leeks, and fennel in place of onions. If you don’t want to use garlic in your dish, you can try other spices and herbs, such as chives and basil.

Garlic is a very popular ingredient for flavoring dishes and is also known for its health benefits.  One health benefit of garlic is its affect to lower blood pressure.  Similarly to onions, garlic contains fructans that can lead to bloating.

Eating garlic can cause bloating, belching, and gas in people who are allergic or intolerant to other compounds found in garlic.

You should try using different herbs and spices in your cooking, such as thyme, parsley, chives, or basil. If you are sensitive to the fructan content of garlic, you can also cook with garlic-infused oils, use garlic scape powder, or add garlic chive powder to recipes.

These plants get their name from the flowers they produce, which have the shape of a cross. The following vegetables are classified as cruciferous: cauliflower, broccoli, cabbage, Brussels sprouts, garden cress, etc.

Healthy foods that contain a lot of essential nutrients like vitamins C and K, fiber, and potassium are good for you. Although they are nutritious, they can cause some unpleasant digestive symptoms like bloating.

These vegetables are very nutritious and contain many important nutrients such as fiber, vitamin C, vitamin K, iron, and potassium.

Cooking cruciferous vegetables may make them easier to digest.

Some other vegetables you could try are spinach, cucumbers, lettuce, sweet potatoes, and zucchini. You can also reduce the amount of food you eat or opt for cooked cruciferous vegetables instead.

Dairy products are a good source of calcium and protein. This includes milk, a range of cheeses, and yogurts. Lactose intolerance is a digestive disorder characterized by bloating, gas, and diarrhea after consuming milk or milk products. Lactose intolerance occurs when the small intestine does not produce enough of the enzyme lactase, which is needed to break down lactose.

A report in the European Review for Medical and Pharmacological Sciences says that up to 75 percent of people around the world will lose the ability to digest lactose as they get older. If you’re lactose intolerant, drinking milk will give you bloating, gas, stomach cramps, and diarrhea.

There are some people who are lactose intolerant but can still eat certain products that contain lactose such as cheese or yogurt. They are able to do this because they can only have small quantities of these products.

Lactose-free milk alternatives are available, including:

Cheeses, yogurts, and ice creams that do not contain lactose are also available for purchase.

They include sorbitol and xylitol, among others. Sweeteners that are not nutritious and are not recommended by experts for good health.

The study found that people who used these non-nutritive types of sweeteners were more likely to have an unhealthy lifestyle, including poor diet habits and declining physical and mental health. Non-nutritive sweeteners may cause digestive problems such as gas and bloating.

Healthy alternatives to artificial sweeteners and refined and processed sugar include:

Lentils are also legumes. Legumes are a good source of many things including protein, fiber, and carbs. They also contain minerals such as iron, copper, and manganese.

They can cause bloating in some people because they have a lot of fiber in them. People who are not used to eating a lot of fiber may find this to be especially true.

Lentils are a great source of muscle building proteins.

Eating smaller portions of lentils that have been soaked or sprouted may help with symptoms like gas and bloating. If your symptoms don’t go away or they’re severe, you should talk to a doctor. You can replace lentils with grains, meat, tofu, or quinoa.

Apples are JUMPING up the list of most popular fruits in the world! Fruits and vegetables that are high in fiber, vitamin C, and antioxidants are linked with a range of health benefits.

Apples have been known to cause bloating and other digestive issues for some people. The anti-nutrients in apples are fructose and the high fiber content. Fructose and fiber can cause gas and bloating because they can both be fermented in the large intestine.

Cooking apples may make them easier to digest.  If apples are causing you bloat, choose apples that are cooked, reduce the amount you eat, or pick other fruits like bananas, blueberries, grapefruit, mandarin oranges, or strawberries.

Sugar alcohols are used as an alternative to sugar in sugar-free foods and chewing gum. Common types include xylitol, sorbitol, and mannitol.

Sugar alcohols are also FODMAPs. Since they are not digested in the small intestine, they reach the large intestine unchanged where the gut bacteria feed on them and cause digestive problems.

If you eat a lot of sugar alcohols, you might have problems with your digestion, like feeling bloated, having gas, or getting diarrhea.

Erythritol is also a type of sugar alcohol, but it is easier to digest than the types mentioned above.

Stevia is a healthier alternative to sugar and sugar alcohols.

Bloating is often caused by fermented beverages, such as beer. Beer is made from sources of fermentable carbs like barley, maize, wheat, and rice, along with some yeast and water.

Since it contains gas and fermentable carbs, both of which can lead to bloating, beer may not be the best choice for those suffering from this issue. The grains used to brew beer often contain gluten.

Limit your intake of beer to prevent bloating. If you want to avoid bloat, then red wine, white wine, or spirits might be better options for you.

People who have trouble digesting the following foods may experience digestive symptoms. If you’re having GI issues like gas or bloating after eating frequently, it may be time to consider changing your diet.

If you find that you have reactions to many foods or that your reactions are getting worse, you should see a doctor.

A healthcare professional can help you find the cause of your symptoms and the best way to treat them. This may include making changes to your diet or lifestyle, or taking medication.