Benjamin Franklin said, “An ounce of prevention is worth a pound of cure.” He was right.

Purium‘s Men`s DefenseTM is a scientifically-composed blend of herbs and plant extracts that can help your body`s defenses against health concerns unique to men. We recommend taking Men`s DefenseTM and More GreensTM to maximize your body`s immune defenses.

Sorry, this product is no longer available.

Please check out the following products instead: 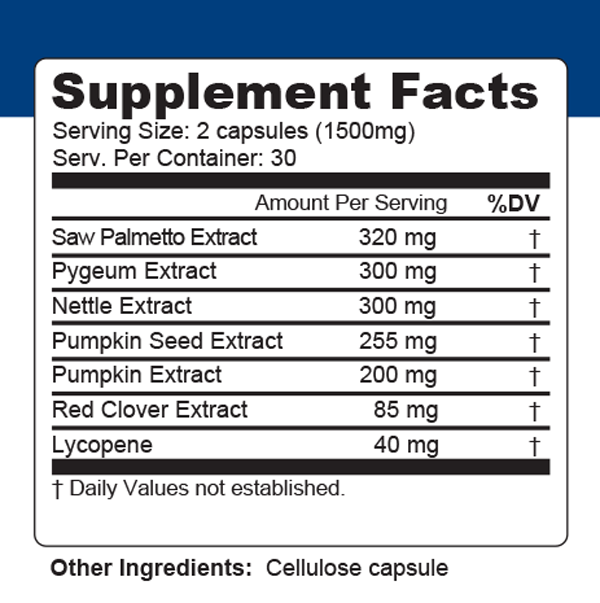 >>The current prices for the Entire Purium Line as of September 19th, 2021 are Here<<

What it is: Purium`s Men`s DefenseTM is a scientifically-composed blend of herbs and plant extracts that can help your body defend itself against health concerns unique to men.

Saw Palmetto: Studies have shown that saw palmetto is an effective anti-androgen. Firstly it lowers levels of DHT in the body by Blocking 5 alpha-reductase. Secondly, Saw Palmetto block receptor sites on cell membranes required for cells to absorb DHT. Studies have been performed in the use of Saw Palmetto in the treatment of benign prostatic disease, which similar to Androgenetic Alopecia also depends on the production of dihydrotestosterone (DHT).

Red Clover Extract: This herb is rich in isoflavones and has been used historically by Asians and Europeans as a general immune enhancer, muscle relaxer, and an expectorant. The isoflavones isolated from red clover have been studied for their effectiveness in treating some forms of cancer. It is thought that the isoflavones prevent the proliferation of cancer cells and that they may even destroy cancer cells. Laboratory and animal studies have found that red clover isoflavones may specifically protect against the growth of breast cancer cells.

Pygeum Extract: Pygeum is an evergreen tree found in the higher elevations of central and southern Africa, hence the species name Africana. Successfully researched in Europe, studies show Pygeum Bark to be exceptional in helping to maintain a healthy prostate. Recently, numerous clinical trials have also demonstrated the usefulness of Pygeum, which is known to contain three groups of active components: Phytosterols such as beta-sitosterol; pentacyclic triterpenoids, such as ursolic and oleanic acids; and ferulic esters of fatty alcohols, particularly beta-sitosterol, are found in numerous plants and are anti-inflammatory, inhibiting the synthesis of prostaglandins. Beta-sitosterol has been shown to be useful in cases of BPH by helping to reduce the normally elevated levels of prostaglandins in these patients. The elimination of the excess blood and vasal congestion helps reduce the size of prostate adenomas. The pentacyclic triterpenoids also help inhibit inflammation by blocking enzymatic activity. They are effective anti-edema agents and also help increase the integrity of small veins and capillaries. The third active group, the ferulic esters of long-chain fatty acids, act by inhibiting the absorption and metabolism of cholesterol. BPH and other cases of enlarged prostates are characterized by containing abnormally high levels of cholesterol. Consumption of Pygeum resulted in significant amelioration of related symptoms, reduction in prostate size, and clearance of bladder neck urethral obstruction.

Nettle: Research has shown that this root extract when used in conjunction with pygeum increases the potency of both, as they are synergistic in their energies. Nettle has been used traditionally in herbal medicine in the treatment of rheumatism and neuralgic pain, particularly in cases of worsening and chronic arthritis. This may be due to an anti-inflammatory action and the diuretic properties, which help to reduce swelling around joints affected by rheumatoid arthritis. Nettle has a strong astringent action, which helps to draw body tissues together and control bleeding. Nettle may be of benefit to women who experience very heavy bleeding during menstruation or people who are prone to nosebleed. A recent controlled study revealed that the patients with prostate disorders who were given Nettle experienced a reduced need to get up during the night to urinate. Nettle also reduced the symptoms of prostate enlargement in a trial group of men over 60 years of age. One of the most important properties of this herb is its diuretic action. It helps the body to eliminate urea and other waste products and prevents fluid retention.

Pumpkin Seed: These have been used by many cultures as a good source of iron, fiber, and other minerals, as well as being used by men to relieve the symptoms of prostate enlargement and as an anti-parasitic. They have recently been the subject of a number of studies to identify their health-promoting potential. Preliminary studies have shown that pumpkin seeds may reduce hormonal damage to prostate cells, thus possibly reducing the risk of developing prostate cancer. Pumpkin seeds have been used to treat urinary tract infections, and in certain parts of Europe, pumpkin seeds have been used to treat learning disorders. In China, pumpkin seeds are regarded as a remedy for depression (and pumpkin seed oil has long been a treatment for prostatitis).

Lycopene: Consumption of this carotenoid has been shown to assist in the reduction of the risk of developing esophageal, colon and prostate problems. Lycopene is a proven antioxidant and antioxidants neutralize free radicals, which may damage the body`s cells. In the body, lycopene is deposited in the liver, lungs, prostate gland, colon and skin. Its concentration in body tissues tends to be higher than all other carotenoids. Epidemiological studies have shown that high intake of lycopene-containing vegetables is inversely associated with the incidence of certain types of cancer, such as one six-year study by Harvard Medical School and Harvard School of Public Health. Ongoing preliminary research suggests that lycopene is associated with reduced risk of macular degenerative disease, serum lipid oxidation and cancers of the lung, bladder, cervix and skin. Studies focused on lycopene`s possible role in the fight against cancers of the digestive tract, breast and prostate cancer are underway – including the H.J. Heinz Company sponsored research at the University of Toronto and at the American Health Foundation.

Sorry, this product is no longer available.

Please check out the following products instead: