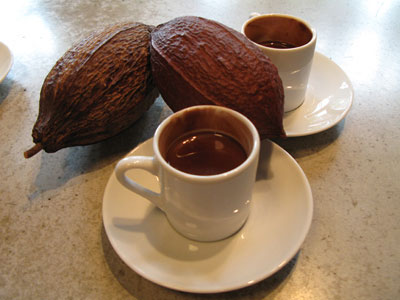 A recent study made in Italy reveals that cocoa or chocolate rich diet may improve memory to many aged and young people. Due to its natural nutritious contents.

Today we will fully review the study findings in this short informative article.

The cocoa rich diet study was made in the L’Aquila University in Italy. Men and women aged 61-85 where involved in this study.

These volunteers where divided in to 3 groups and each group was assign to drink cocoa or chocolate rich beverages.

The first group was given a drink with high cocoa levels (993 mg), the second group with intermediate levels of cocoa (520 mg) and the last group with low levels of same cocoa (48mg).

After 8 weeks of study and drinking chocolate (cocoa) rich beverage the study found that people in the first and second group had a better cognitive function or memory.

Which means that chocolate can help people with mild cognitive impairment. All what is required is an early diagnosed and a full cocoa drink every morning for at least 8 weeks.

Although this experiment was done on senior citizens but scientist are convinced that cocoa can also improve memory in younger generations.

Drinking chocolate rich beverage regularly at younger age can help children to get better memory and reduce the chances of being diagnosed with any memory impaired disease.

Chocolate is high in calories and not recommended for people with diabetes but chocolate has many health benefits. Dark chocolate for example can help to regulate high blood pressure.

And recent studies such as this one on Italy shows that it can also help to boost memory problems in many youngsters and senior citizens.